'If You Are Doing Every Role The Same Way, Then There Is No Point': Nawazuddin Siddiqui

"I still look out for roles that get me out of my comfort zone and help me know my inner emotions," said the actor 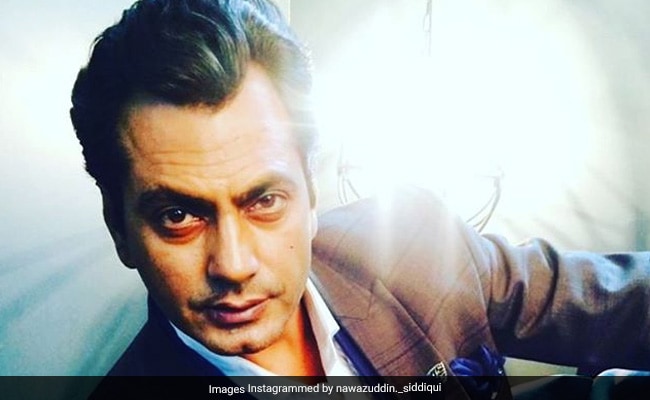 From playing Faizal Khan in Gangs Of Wasseypur to portraying the role of political leader Balasaheb Thackeray in Thackeray, Nawazuddin Siddiqui has proved his versatility with each of his films and that's why he says that there's "no point" in "doing every role the same way." The actor, in a recent interview to Hindustan Times, talked about the most difficult genre he has done till now and said: "More than the genre, it is the character. There are so much detailing in every character. Be it any genre, if you are doing every role the same way, then there is no point."

He added: "For instance, Gangs Of Wasseypur and Sacred Games(his web-series). Both the roles were of gangsters but these characters were poles apart. There was a lot of difference in their background and their world."

Nawazuddin Siddiqui has worked in several hits such as Bajrangi Bhaijaan, Badlapur, Munnabhai M.B.B.S and Dev D to name a few. However, many of his critically acclaimed films like Raman Raghav 2.0, Manto and Thackeray have failed to fare well at the box office.

The actor, who picks characters that "challenge" him "as an artiste," revealed that he never works for numbers and look out for roles that "help" him know his "inner emotions." He told the publication: "As an actor, you should never work keeping in mind these factors. I feel, this corrupts his/her craft. As an actor, I still look out for roles that get me out of my comfort zone and help me know my inner emotions."

Nawazuddin Siddiqui was last seen in Debamitra Biswal's Motichoor Chaknachoor. His next release is Bole Chudiyan.