Sacred Games 2 Review: Pankaj Tripathi is outstanding. Kalki Koechlin is perfectly cast as the woman who has the Guruji's ears. The intrigue deepens, the doomsday conspiracies and unholy connections assume a sharper, more alarming edge and surprisingly playful undertones enter the frame in the second season of Sacred Games, adapted from and expanded beyond Vikram Chandra's 2006 novel of the same name. The perverse landscape that has humanity gasping for breath is populated with terrorists, cult members, gangsters, failed starlets and overstressed policemen and secret agents and yields many an engaging narrative element even though a few the tics might seem a tad overwrought and ponderous.

Taken as a whole, the eight new episodes of the Netflix original series not only measure up to what was always going to be a hard act to follow, but also, in many ways, improve upon the build-up that was crafted with style and precision in Season 1. Sacred Games Season 2 delivers a dynamic tale that harnesses the flexible power of the source material to not only entertain but also to provoke and disturb. 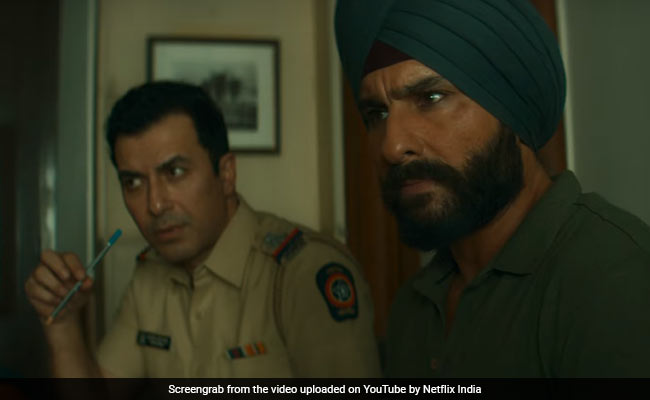 A Muslim police investigator is compelled to constantly walk a tightrope to stay out of harm's way. A sweet-talking, self-proclaimed godman spouts apocalyptic warnings to manipulate minds and play on imagined fears. A 21-year-old boy from a ghetto, after a cricket ground brawl, is bludgeoned to death by a mob driven by hatred. The new season of Sacred Games speaks to our times with a sense of urgency without abandoning the core qualities of the crime thriller that it is.

The first season of the series, powered by superb central performances from Nawazuddin Siddiqui and Saif Ali Khan, had dramatically raised the bar for Mumbai-made thrillers. If Mumbai was sitting on a time-bomb in Season 1, here the threat widens to pull all of mankind into a diabolical web. A war of civilisations rages in Sacred Games as the narrative moves back and forth between the present and the past in trying to understand the genesis of the danger of complete annihilation that Mumbai faces.

Siddiqui and Khan continue to complement each other brilliantly in the follow-up. Now joined by Pankaj Tripathi (who was seen briefly is Season 1), Kalki Koechlin, Amruta Subhash and Surveen Chawla in key roles, the two actors only got better. No surprise that: these episodes are appreciably livelier in tone while being more complex and demanding in terms of substance. 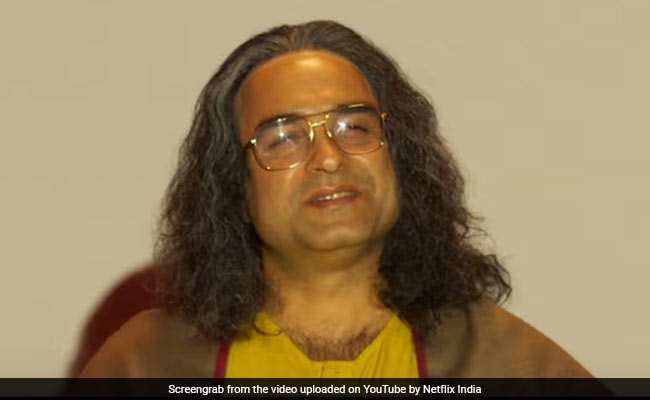 Why did mafia don Ganesh Gaitonde (Siddiqui) alert Mumbai policeman Sartaj Singh (Khan) of the plot to blow up Mumbai if he was planning to punish the city for turning its back on him? Having burnt his fingers with his previous two 'fathers', why is Gaitonde in the mood to gravitate towards a third one in the form of Guruji (Tripathi), the brain behind a cult that promises to dispel the darkness of war, hate and ignorance that has descended on the world? And who is Batya Abelman (Koechlin), a half Jewish-half Palestinian woman who has a free run of the Guruji's shrouded-in-secrecy spiritual commune?

Many such questions swirl around as the plot weaves its way in and out of befuddling situations created by men and women grappling with personal crises. You stay invested in the fates of the principal figures in this sprawling tale even as parts of it tend to be a tad confounding. That is how the world is as it spins out of control - it's a deeply disorienting and, therefore, never easy to grasp.

With the story frenetically flitting between the past and present, Season 2 demands a greater degree of attention from the audience. As the episodes play with timelines, jumping back and forth at will, the canvas seems far more ambitious than it was in Season 1.

Season 1 had thrown many balls in the air and had left several of them dangling in the air. So, there was pressing need for them to land and bounce before our eyes in order to aid full comprehension. The continuation of the story lifts the lid of the many mysteries around the games that Ganesh Gaitonde (Siddiqui) and Mumbai policeman Sartaj Singh (Saif) were playing with each other and with those around them. It reveals startling new plot details that completely alter our perceptions of the principal characters and their motives.

All this adds up to markedly upgraded version of what went before, with questions of life and death, decay and despair, piety and purity, destruction and regeneration, darkness and consciousness forming the crux of the philosophical underwiring of the plot. The action, still as visceral and raw, is marked by shocking violence and the language is no less coarse.

Twelve days are left for annihilation of Mumbai when Episode 1 opens after Siddiqui, in the guise of Gaitonde, has provided a recap of the first season of Sacred Games. Gaitonde's reign over Mumbai's underworld is over and, following the Mumbai serial blasts, he has fled to Mombasa and set up base there. 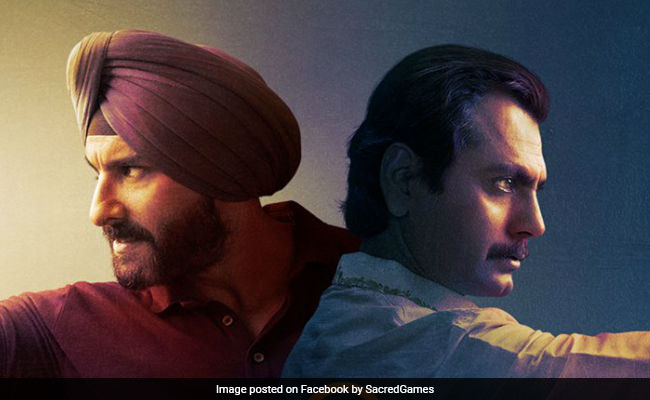 He, however, still pines for his beloved Mumbai. His growing sense of alienation is despite the fact that he rises quickly in the Kenyan underworld thanks to his association with a RAW agent Kusum Devi Yadav (Amruta Subhash), a wily, unwavering woman addressed simply as Yadav or KD saab by her associates, whose mission is to neutralise threats from enemies of the nation.

Sartaj, flawed to the core, makes futile attempts to woo his estranged wife Megha (Anupriya Goenka) back. Gaitonde, a man with a bloated sense of self-importance, tries to build bridges with the feisty Jojo Mascarenhas (Surveen Chawla) while he tries to regain his Mumbai turf by forcing a filmmaker named Ram G. Verma to make a film about his life and exploits. The film gets made but it sinks without a trace and reminds Gaitonde of his lost clout.

Vikramaditya Motwane, the showrunner, has stepped back from directorial duties. Neeraj Ghaywan replaces him as the director of the portions involving Saif Ali Khan's character, while Anurag Kashyap once again orchestrates the Ganesh Gaitonde passages. A writing quartet led by Varun Grover and the technicians (cinematographers Sylvester Fonseca and Swapnil Sonawane, editor Aarti Bajaj, sound designer Anish John and music composer Alokananda Dasgupta) constitutes a team at the top of its game.

On the acting front, Pankaj Tripathi is outstanding. He delivers a combination of a beatific smile, measured sermons (delivered in both high-flown Hindi and English) and an all-knowing demeanour that sits pretty on a figure who believes that he is no ordinary human. Kalki Koechlin is perfectly cast as the woman who has the Guruji's ears - she delivers the goods with every line she speaks, every gesture she makes and every pause she takes. She creates a convincing portrait of an ambitious, self-absorbed woman who will stop at nothing. 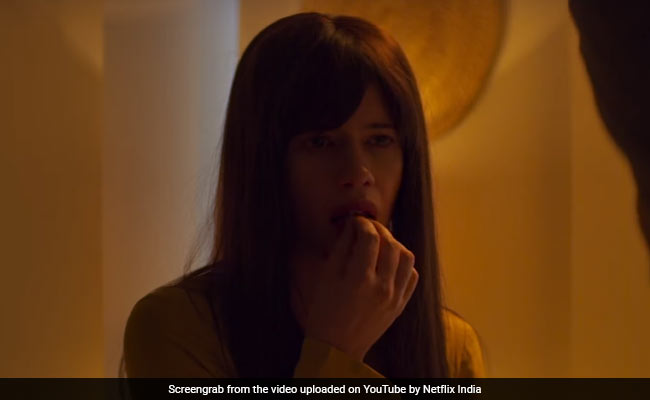 Amruta Subhash embodies two contrasting personas - one in the past, the other in the present - with effortless ease. Surveen Chawla is wonderful as the guilt-ridden seductress who refuses to be tamed by life's cruel knocks. Aamir Bashir, playing Sartaj's unflappable brother-in-arms, ekes out a performance that is striking as much for its restraint as for its force.

Sacred Games Season 2 is all of 400-minutes plus. It is definitely worth your time.