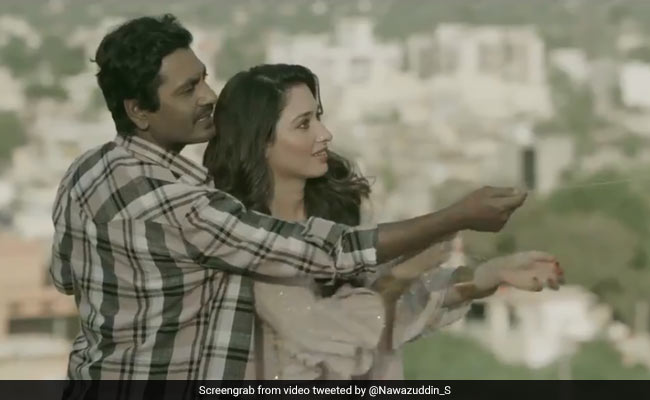 Nawazuddin and Tamannaah in a still from Bole Chudiyan. (Image courtesy: Nawazuddin_S)

The teaser of Bole Chudiyan released on Thursday and it occupied a spot on the list of trends instantly. We couldn't decipher the plot of the film from the brief video, but we did gather that the film is a love story (and a mushy one) that features Nawazuddin Siddiqui and Tamannaah Bhatia in the lead roles. The video is replete with some romantic moments between the film's lead pair and a romantic song from the film plays in the backdrop. BTW, did you know that the film is somewhat inspired by the real life events of Nawazuddin Siddiqui. During the teaser, a text flashes on screen, that reads: "Inspired by true life events of Nawazudin Siddiqui."

Bole Chudiyan, reportedly set in Uttar Pradesh, showcases the love story of a bangle seller and a local girl. The film marks the directorial debut of Shamas Nawab Siddiqui, brother of Nawazuddin.

Speaking of working with Nawazuddin Siddiqui, in an interview with news agency IANS earlier this year, Tamannaah, said, "I am so excited to be in the same frame with Nawaz sir. As an actor, it is always exciting to do something different and that is why it will be interesting."