'I Am Excited To Be In The Same Frame With Nawazuddin Siddiqui,' Says Tamannaah Bhatia

"I am amazed to see how effortlessly he acts on screen and convincingly portrays every character," Tamannaah said 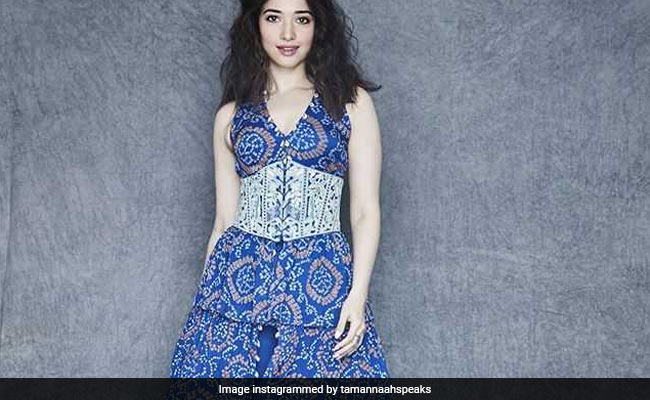 Actress Tamannaah Bhatia, a big star in south Indian films, has been trying to find her feet in Bollywood for a while now. She will be seen in Bole Chudiyan, co-starring Nawazuddin Siddiqui soon. The actress counts the film as one of her biggest opportunities in Bollywood and wants the audience to consider her a newcomer.

Being one of the actresses who made it big in the south with super hits such as Kandein Kadhalai, Ayan, Tadakha, Dharma Durai and the Baahubali series, Tamannaah has not done any memorable role in Bollywood.

"I know that Baahubali was a big deal for me but in this film, I am approaching my character very differently. The world of this film is very different. It is a Hindi film. I want our audience to look at me as a newcomer. I want to focus on the emotion of the character rather than applying my experience from my early films," said Tamannaah, who replaced popular television actress Mouni Roy as the leading lady opposite Nawazuddin.

She is excited to share screen space with Nawazuddin: "I am amazed to see how effortlessly he acts on screen and convincingly portrays every character. I think by the time I finish shooting the film, I will get to know his acting secret!" she quipped.

So, how did she respond to the offer when she got a call for the film? "Firstly, when I got a call to act opposite an actor like Nawazuddin Siddiqui, I thought someone was playing a prank. So, I cross-checked and then realised it was a genuine offer! I have to say that I am a huge fan of Nawaz sir," she replied.

Set in the Uttar Pradesh, the film is a love story between a bangle seller and a village girl, and is the directorial debut of Shamas Siddiqui, brother of Nawazuddin.

"Never have I ever worked on a script like this and that is why the world of this story is very interesting to me. I have done films in the South where stories are set in the rural landscape but in Bollywood showcasing such a beautiful side of northern India is rare," she said.

"I am so excited to be in the same frame with Nawaz sir. As an actor, it is always exciting to do something different and that is why it will be interesting," added the actress.

(Except for the headline, this story has not been edited by NDTV staff and is published from a syndicated feed.)
Comments
TamannaahBole Chudiyantamannaah bhaita with nawazuddin siddiqui