If Isabelle Kaif Were A "Rickshawali , She Would...

Time To Dance actress Isabelle Kaif wrote, "If I was a rickshaw wali this is how I'd look for sawaris" 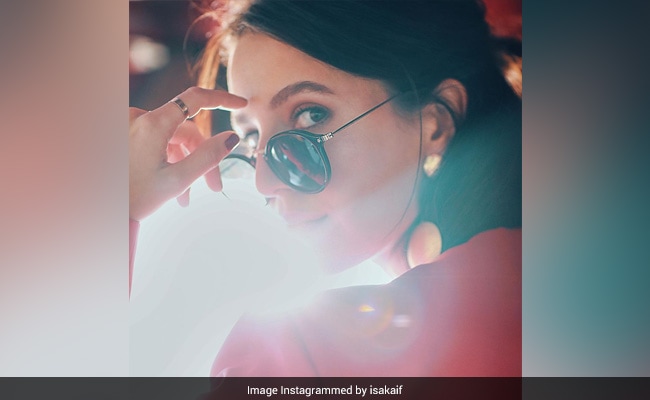 Katrina Kaif's sister Isabelle Kaif recently made her acting debut in the film Time To Dance alongside Sooraj Pancholi. Isabelle is an avid social media user and the actress ensures that she keeps entertaining netizens. On Friday, Isabelle posted a few pictures on Instagram and we must admit that they are a treat to her fans. The pictures are from Isabelle's photoshoot that she posed for an auto-rickshaw. In the pictures, the actress looks uber-cool and stylish while posing for the camera. Isabelle can be seen sporting a red pantsuit.

She has paired her outfit with a black top and a pair of black shades. The actress has raised the oomph factor in her look with golden earrings. While the photoshoot is a treat to her fans, Isabelle's quirky caption is the highlight of her post.

She wrote, "If I was a rickshaw wali this is how I'd look for sawaris."See her post here:

Isabelle Kaif played the role of a ballroom Latin dancer in her film Time To Dance opposite Sooraj Pancholi, who was cast for the role of a street dancer. The movie released on March 12 this year.

Isabelle is Katrina's younger sister. Apart from Isabelle, Katrina has 5 sisters- Stephanie, Christine, Natasha, Melissa and Sonia. Michael is their brother. Speaking of Katrina Kaif, she made her acting debut in Bollywood with the 2003 film Boom. Katrina was last seen in the 2019 film Bharat in lead role opposite Salman Khan. She then appeared in the song Kudi Nu Nachne De in the film Angrezi Medium last year. Katrina will now be seen in Sooryavanshi, Phone Bhoot and Tiger 3.