ICYMI: This Is How Much Fun Salman Khan And Family Had On Raksha Bandhan This Year 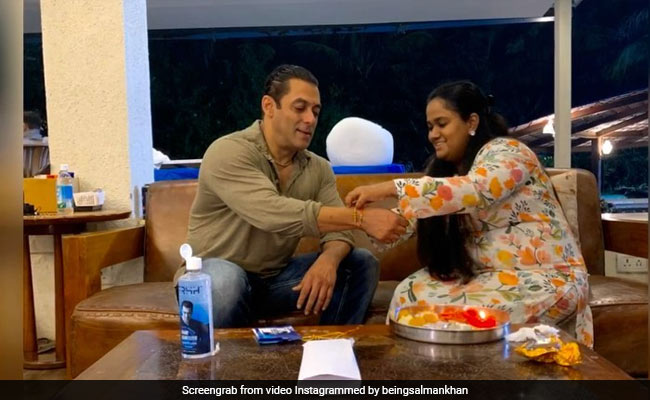 Raksha Bandhan might be over but Salman Khan's latest Instagram entries are giving us major festive feels. The 54-year-old actor posted a set of adorable pictures from this year's Raksha Bandhan festivities along with his family, which are trending big time on social media. In his caption, Salman Khan made a reference to a song from his 1995 film Karan Arjun (co-starring Shah Rukh Khan) and he wrote: "Happy Raksha Bandhan - Yeh bandhan to pyar ka bandhan hai, janmon ka sangam hai." The post shared by Salman featured pictures of Sohail and Arbaaz, Atul Agnihotri, Alvira, Aayush Sharma, Arpita Khan Sharma, Nirvaan, Arhaan and Ayaan Khan.

Earlier, on Tuesday morning, the Dabangg actor posted pictures of himself along with his family and wrote "Happy Raksha Bandhan." This is the post we are referring to, you can thank us later.

Over the weekend, Salman Khan posted a picture of himself, in which he could be seen masking his face with a cloth and wrote "Eid Mubarak."

In terms of work, Salman Khan was seen as the host of the TV reality show Bigg Boss 13. He will next be seen in Radhe: Your Most Wanted Bhai, co-starring his Bharat co-stars Disha Patani and Jackie Shroff. The film will also star Salman's Kick co-star Randeep Hooda. Dabangg 3 remains his last release. The actor has reportedly signed Kick 2 with Jacqueline Fernandez. However, the actor has not announced the project officially yet.