Trending: The New Tagline For Bigg Boss Season 14 Is...

It has also been reported that Salman Khan will shoot the reality show from his Panvel farmhouse, where he is currently living 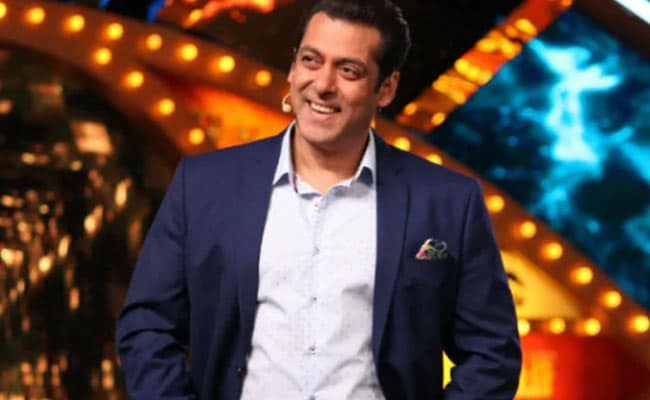 Salman Khan on the sets of Bigg Boss.

The upcoming season of the reality show Bigg Boss will reportedly have a lockdown theme, stated a report in Pinkvilla. According to the publication, the makers of the reality show have also decided to use the tagline - Bigg Boss 14 Hoga Rocking - for the fourteenth season. Last year, the makers of the show finalized Bigg Boss 13 Tedha as the tagline. A source close to the development told Pinkvilla: "Like last year, it was Bigg Boss 13 Tedha, the 14th season will be called Rocking. The tagline considered is, 'Bigg Boss 14 Hoga Rocking'." The exclusive Pinkvilla report is the latest addition to several media reports about Bigg Boss 14 that have been doing the rounds on the Internet.

While some reports have stated that Salman Khan will shoot the reality show from his Panvel farmhouse, where he has been living since before the nationwide lockdown was imposed, others have shared lists of probable contestants of the show.

Earlier this month, a Mumbai Mirror report stated that Bigg Boss 14 will premiere in September with television actors like Nia Sharma, Vivian Dsena and Sugandha Mishra as probable contestants. "Yes, Salman Khan is on board and the show kicks off in two months. We have started talking to prospective participants, among them are popular television actor Vivian Dsena, Nia Sharma and Shekhar Suman's actor-son Adhyayan. Hopefully, they will come on board," a source close to the show told the publication.

Meanwhile, several celebrities, who have been named in the probable lists of contestants, have reacted to the reports and have denied their collaboration with Bigg Boss 14 on social media. While model Rajeev Sen, who is the brother of actress Sushmita Sen, refuted such media reports last week, filmmaker Onir tweeted about them on Wednesday. The Bas Ek Pal director shared a report by IB Times, which quoted a source naming him as one of the contestants, and wrote: "Big news. I woke up to read that I AM one of the contestants of Bigg Boss 14 and I have no clue."

BIG NEWS . I woke up to read that I AM one of the contestants of #bigboss14 and I have NO CLUE.https://t.co/YKQy2YB5zj...

Coming back to Bigg Boss, Salman Khan has been primarily anchoring the reality show since 2006. Other stars who have hosted the show are Amitabh Bachchan, Shilpa Shetty, Sanjay Dutt, Farah Khan and Arshad Warsi.

The last season - Bigg Boss 13 - concluded on February 15 with TV actor Sidharth Shukla as its winner.