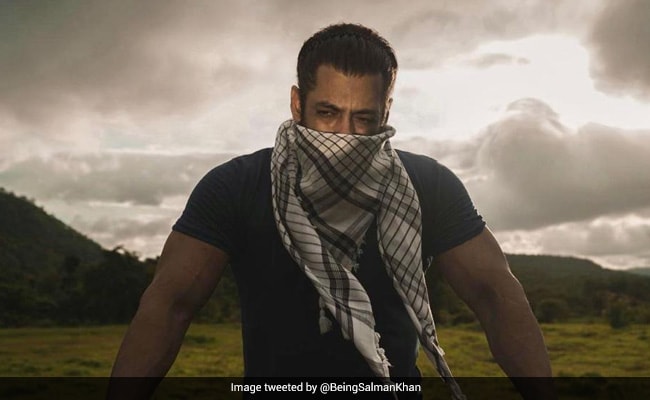 Salman Khan sent an Eid greeting on social media and he did it in his own style. The actor, who is currently staying at his Panvel farmhouse along with his family, shared a picture which focuses on the need of the hour. On Saturday morning, Salman Khan posted a picture of himself, in which he can be seen masking his face with a cloth. "Eid Mubarak," he captioned the post. Within a few minutes, the actor's post was flooded with wishes from fans and his picture went viral on social media. Every year, Salman Khan greets his fans from his Mumbai bungalow. However, this year, the actor ditched his ritual in the wake of the coronavirus pandemic.

Eid is a festival that almost always sees a Salman Khan film release - the list includes Bodyguard, Kick, Ek Tha Tiger, Bajrangi Bhaijaan and Race 3 among many others. However, the scenario was a bit different this year. In the wake of the coronavirus pandemic, there were no film releases in theatres.

In terms of work, Salman Khan was seen as the host of the TV reality show Bigg Boss 13. He will next be seen in Radhe: Your Most Wanted Bhai, co-starring his Bharat co-stars Disha Patani and Jackie Shroff. The film will also star Salman's Kick co-star Randeep Hooda. Dabangg 3 remains his last release. The actor has reportedly signed Kick 2 with Jacqueline Fernandez. However, he has not announced the project yet.