ICYMI: Inside Pics From The Kapoors' Christmas Brunch, Featuring Kareena, Taimur, Karisma And Others Actress Karisma Kapoor treated us to some pictures from inside the Kapoors' Christmas brunch, held at late actor Shashi Kapoor's Mumbai home on Tuesday. Karisma was accompanied by daughter Samiera and son Kiaan while her sister Kareena arrived at the venue with husband Saif Ali Khan and son Taimur. On Karisma's timeline, we chanced upon a picture of her with parents Randhir Kapoor and Babita, Kareena and kids Samiera, Kiaan and Taimur. Randhir Kapoor, Babita and Kareena are seated on a couch while Karisma and Samiera are seen standing on the opposite sides, along with Kiaan and Taimur. "Christmas lunch, the tradition continues. Missed all our family members who couldn't make it today," read Karisma's caption.

On her Instagram stories, she shared some pictures with the family. Armaan and Aadar Jain, Rajiv Kapoor and late actor Shammi Kapoor's wife Neela Devi also joined their family for the brunch. 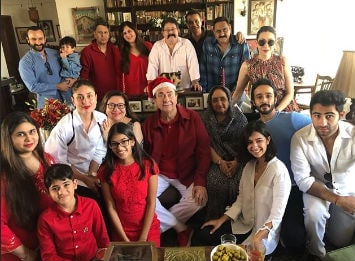 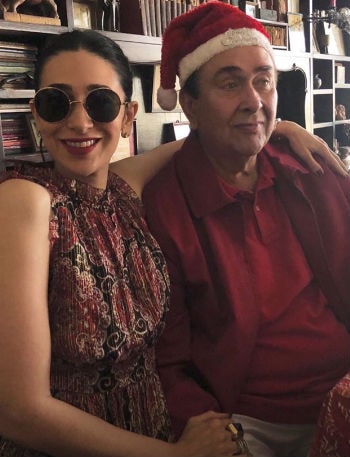 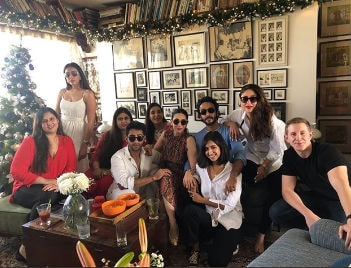 Rishi Kapoor, his wife Neetu, his sisters Ritu Nanda and Rima Jain missed this year's Christmas brunch. They are currently in the US, where Rishi Kapoor is currently undergoing medical treatment. Rishi and Neetu Kapoor's daughter Riddhima is giving them company in the Big Apple.

A post shared by Riddhima Kapoor Sahni (@riddhimakapoorsahniofficial) on Dec 24, 2018 at 10:46am PST

Kareena, who attended a couple of star-studded Christmas parties this week, reportedly left for London last night with Saif and Taimur. The Pataudis will spend New Year in London. They recently returned from South Africa, where they celebrated Taimur's second birthday.