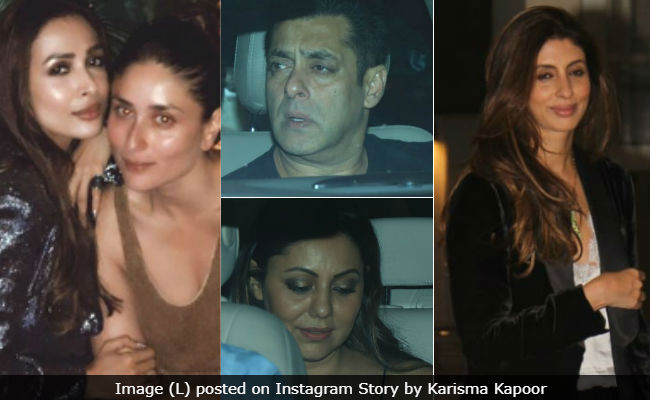 Bollywood celebrities were busy partying on Monday night as Anil Kapoor hosted his birthday bash, Karina Kaif called over her friends for a house party while Sunny and Anu Dewan hosted a party on the Christmas Eve too. This is the story of Sunny and Anu Dewan's party, for which the creme de la creme of Bollywood turned-up in their festive best. Salman Khan, Kareena Kapoor, Karisma Kapoor, Gauri Khan, Shweta Bachchan Nanda, Malaika Arora, Arjun Kapoor, Karan Johar and Zoya Akhtar among others arrived in time to ring in Christmas together. Malaika, Karisma and Bhavana Panday looked fabulous dressed in their respective glittery outfits while Kareena, Shweta and Gauri opted for no-bling chic ensembles. Their fashion choices were impeccable to say the least. Take a look at who wore what at Sunny and Anu Dewan's party last night.

Kareena paired a tank top with trousers and she finished out her look with minimal make-up and a top-knot. Karisma's sequinned dress was in sync with the festive colours of Christmas. Malaika Arora wore a slivery shimmer pant suit with matching glittering heels to the party. Malaika and Karisma were also spotted in the same outfits at Anil Kapoor's birthday bash. We would have almost missed Kareena Kapoor had it not been for celebrities' Instagram stories (thank you, Zoya and Amrita Arora). Gauri Khan carpooled with Shweta Bachchan Nanda and Zoya Akhtar. Shweta paired a loose trouser with blazer and tee while Zoya paired her floral printed dress with a leather jacket. Amrita looked quite nice in an off shoulder black dress with a Gucci belt as her basic accessory. Ankle-length boots and a monochrome clutch finished out her look. 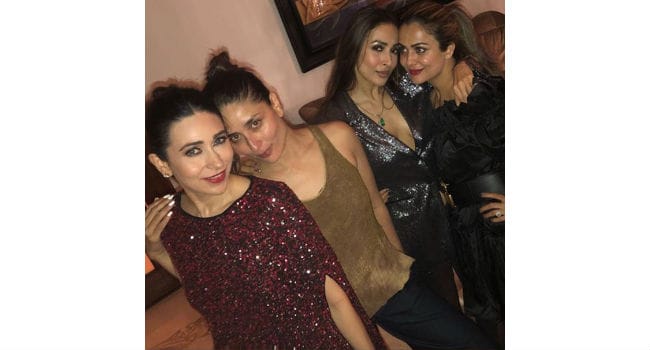 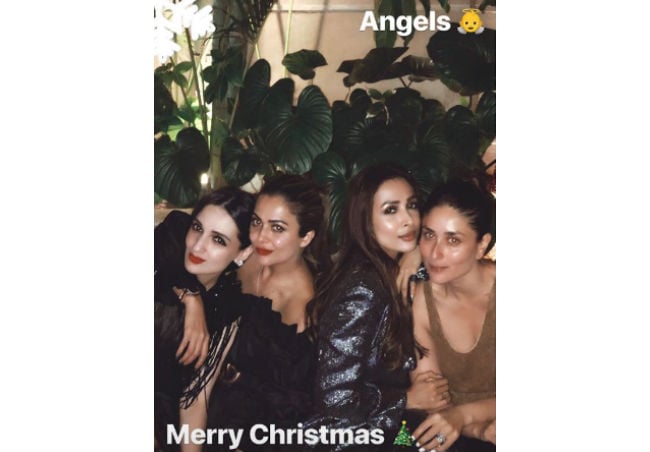 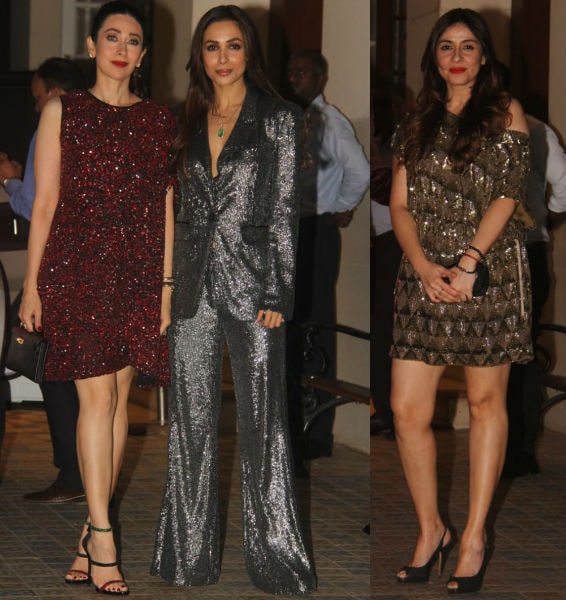 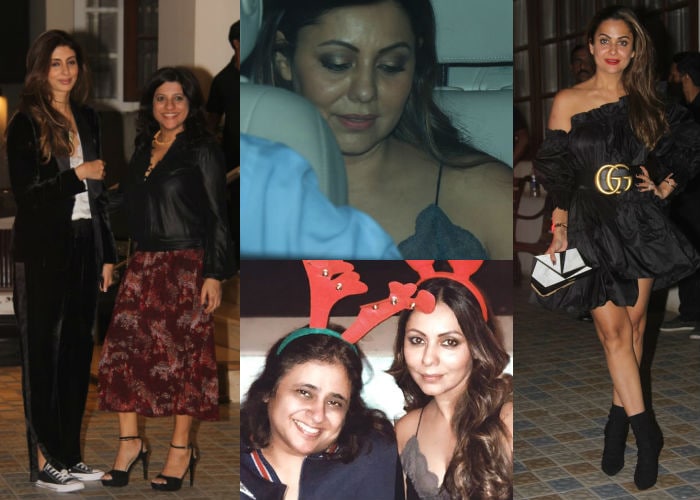 The men at the party looked quite dapper too. Karan Johar added a little bling to his all black look with a sequin-motif blazer. Salman Khan was in his usual Being Human tee and denims. Salman, who was also spotted at Katrina Kaif's party on the same night, was travelling with Iulia Vantur. Designer Kunal Rawal was also among the attendees. 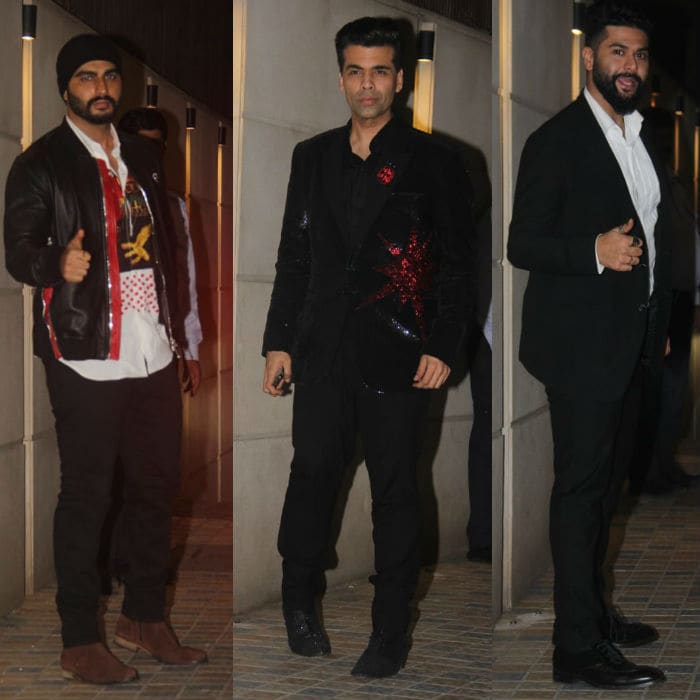 That's what a glam Bollywood pre-Christmas party looks like, folks!