Malaika quickly reminded him in the comments section that Arjun's swagger photos from the streets of Tribeca in Big Apple are actually courtesy her. 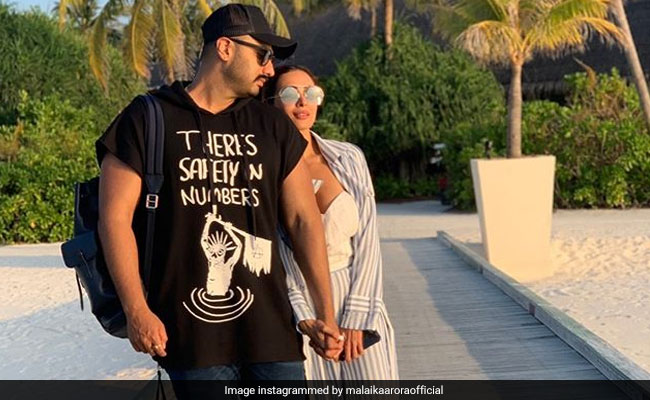 Arjun Kapoor and Malaika Arora spent a considerable amount of their New York asking each other for photo courtesies. On Friday, the India's Most Wanted actor wrapped his New York vacation with a few customary post-card like photos on Instagram and captioned it: "It's been a surreal holiday. Thank you, New York till we meet again (and we shall)." Malaika quickly reminded him in the comments section that Arjun's swagger photos from the streets of Tribeca in Big Apple are actually courtesy her. "I make you look good," she wrote. Mic drop. Arjun and Malaika's New York was an extension of the actor's birthday trip.

It's been a surreal holiday. Thank you New York till we meet again (& we shall)... #newyorklife #vacayvibes #streetart When in New York, Arjun and Malaika celebrated Fourth of July - the American Independence Day - together. Malaika uploaded a separate boomerang video on her Instagram feed as a glimpse of her Fourth of July celebrations and wasn't spared by jobless trolls, who criticised her for celebrating the day. "Never seen you this happy on August 15," she was told. Take a look at Malaika's post here.

But all the negativity aside, Malaika and Arjun recently had a delightful get-together with Rishi and Neetu Kapoor. The 45-year-old actress-model thanked the Kapoors with an Instagram message: "Thank you Neetu Kapoor and Rishi uncle for such a warm and lovely evening."

Once back in Mumbai, Arjun Kapoor will resume work for his new film Panipat.