Malaika Arora, Trolled For 4th Of July Happy Dance, Is Cue For The Internet To Relax 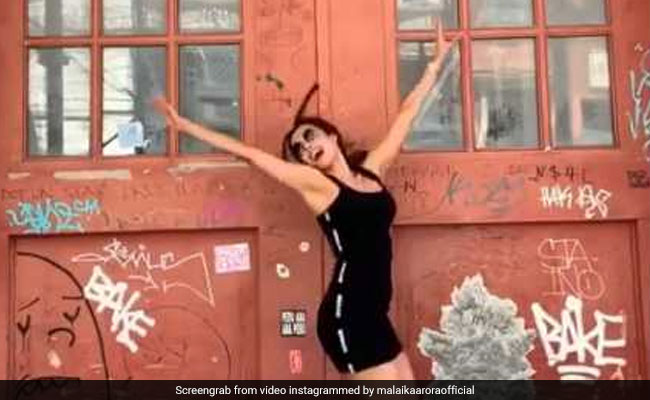 Malaika Arora on a vacation in the US. (Image courtesy: malaikaaroraofficial)

Malaika Arora, on a vacation in New York, posted a video celebrating the Fourth of July, the American Independence Day, for which she was trolled by the killjoy social media trolls. Malaika, 43, dressed in an LBD, jumped to express her happiness and she captioned the boomerang video: "Celebrating 4th of July... #NYC." Instagram users were not impressed with Malaika, who is 'not even an American citizen,' is celebrating the American Independence Day and some even added comments such as, "Never seen you this happy on August 15." A social media user wrote: "Did American ever celebrate August 15?"

Relax guys, it's just a holiday and Malaika's on a vacation.

Malaika Arora, not new to social media bullying, was last year trolled for celebrating Thanksgiving and she was told by social media to 'stop being westernised.' Malaika had shared a picture from a Thanksgiving dinner with her friends in November 2018, for which she was ostracised. "Now they celebrate Thanksgiving in India? Stop being westernised," read a comment on Malaika's post. "Celebrities and people like her just want to copy everything from the Americans and show off," added another user.

Meanwhile, Malaika is making most of her New York vacation. She's on the trip with her boyfriend Arjun Kapoor and they briefly joined Arjun's uncle Sanjay Kapoor and his family too. On Thursday, Arjun and Malaika also dropped in to visit Neetu and Rishi Kapoor.

Here are some other pictures from Arjun and Malaika's vacation:

On the work front, Arjun Kapoor will resume filming Ashutosh Gowariker's Panipat when he's back in India.