"I Found Rocky And Rani", Writes Karan Johar As He Shares A Pic Of Alia Bhatt And Ranveer Singh From London

Karan Johar is holidaying with his family in London 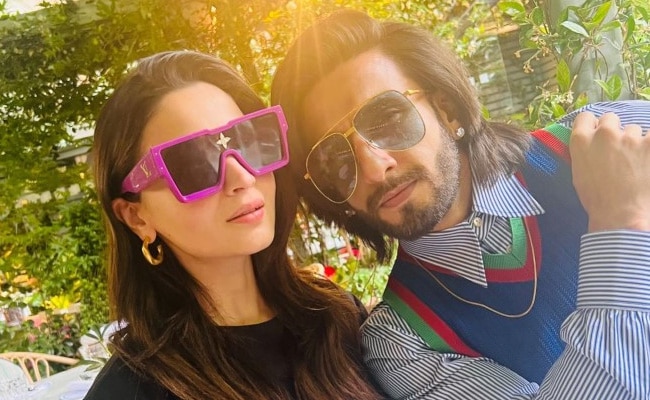 Karan Johar is having the time of his life with his family - mother Hiroo Johar and kids - Yash and Roohi in London. Recently, the filmmaker stepped out in the city to explore, and look who he bumped into "Rocky and Rani" - Ranveer Singh and Alia Bhatt. In the images, Ranveer looks dapper in a striped blue shirt with a blue sleeveless t-shirt over it, while Alia Bhatt is in a black top and paired her look with funky sunglasses. Sharing the post on his Instagram stories, Karan Johar captioned it as, "I found Rocky and Rani!". Karan Johar is returning as a director with the film Rocky Aur Rani Ki Prem Kahani, starring Alia Bhatt and Ranveer Singh. 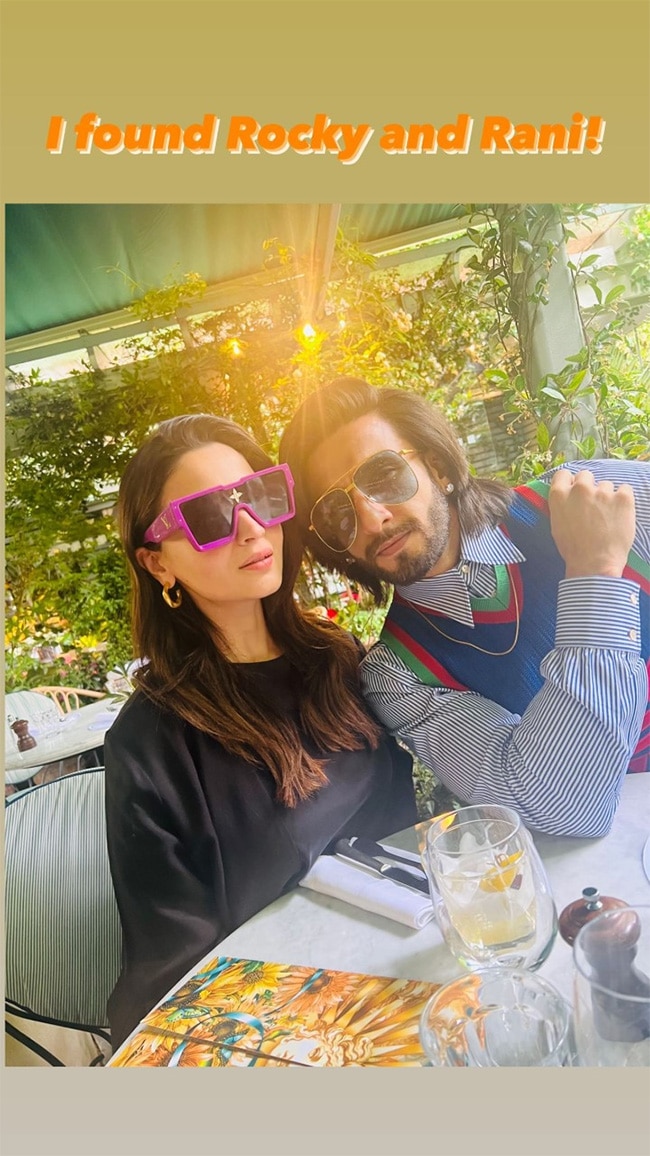 Karan Johar also met Sara Ali Khan and Kareena Kapoor, who are also holidaying in London. Recently, Sara Ali Khan shared a ROFL video on her Instagram handle that shows Karan Johar asking a restaurant owner if a table for four was booked under the name of Alia Bhatt. Sharing the post, the actress wrote, "When Karan Johar and me were left reservation less and hungry so had some kfc." 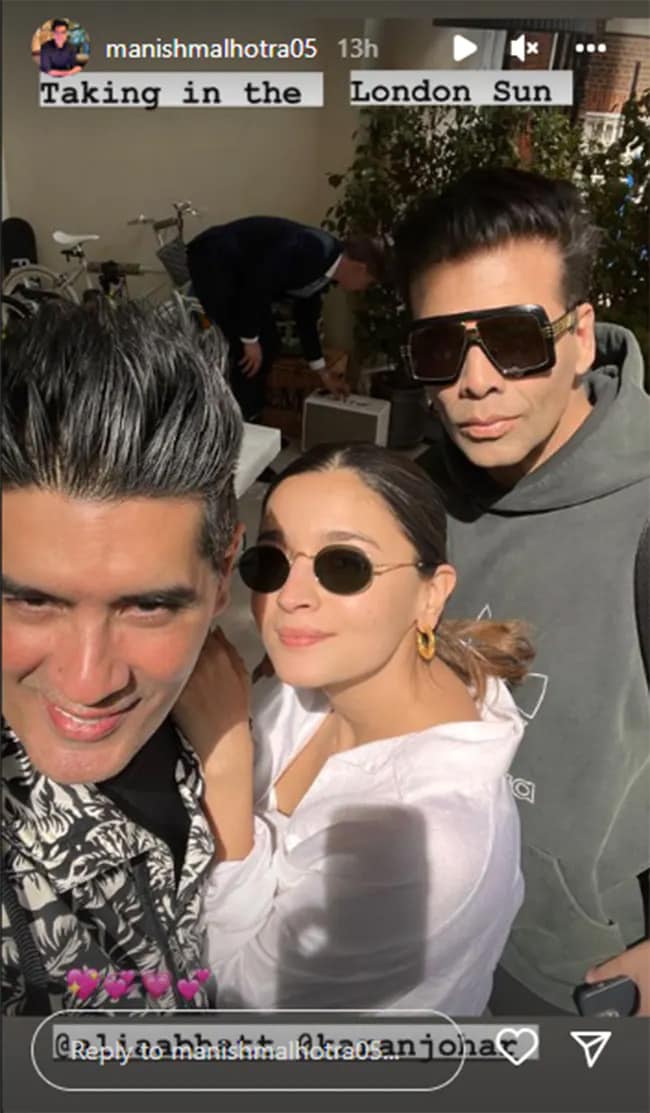 Meanwhile, Karan Johar is gearing up for his upcoming chat show Koffee With Karan 7. She shared a hilarious video on his Instagram handle and captioned it as "Screw it, I'm still going to brew it!#HotstarSpecials #KoffeeWithKaran S7 new season starts 7th July only on Disney+ Hotstar."