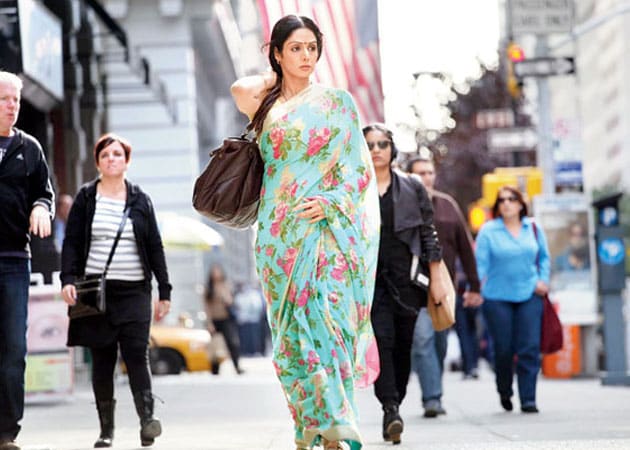 Sridevi in a still from English Vinglish

The movie, backed by Eros International, continues to perform well at the box office after hitting theatres in Japan on June 28.

After releasing in 33 screens initially, the film opened to audiences in another 17 odd screens additionally, taking the total screen count to 50 in across 20 cities in Japan, said a statement.

Sridevi is happy with the dream run of the movie, which tells a moving tale of a home-bound woman who doesn't know English and how an overseas trip helps her to bring out the best in her.

Promoted
Listen to the latest songs, only on JioSaavn.com
"I am flattered with all the love and affection the film continues to receive and once again thank the director Gauri Shinde for making such a wonderful film," she said.

The grand premiere of the film was held in Tokyo on May 27.