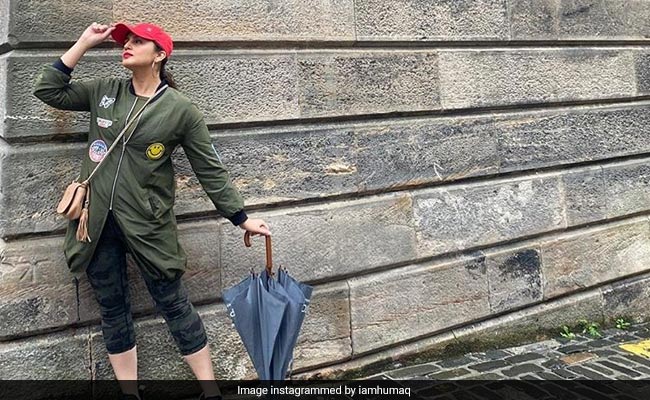 Am I a #Ramsay heroine or a @poojafilms one ??? So grateful to be up and about after all the mandatory multiple testing and quarantine ! Blessed to be working Seen here posing on a random street in #Edinburgh #blessed #scotland #shoot #newnormal

Earlier this week, Akshay Kumar shared a video on Instagram through which he shared the 'new normal' on the sets. Akshay wrote, "Lights, Camera, Mask On and Action. Following all the new norms and filming on for Bell Bottom. It's a difficult time but work has to go on. Need your love and luck."

Akshay Kumar and team Bell Bottom arrived in the United Kingdom to shoot earlier this month. Bell Bottom also features Vaani Kapoor and the film is slated for April 2021 release. Apart from Akshay, actor Aamir Khan travelled overseas for the filming of his movie Laal Singh Chaddha. Aamir is shooting parts of the film in Turkey.