'Hud Hud... Dabangg 3': Salman Khan Just Shot For Our Fave Song And Signed Off With This Pic 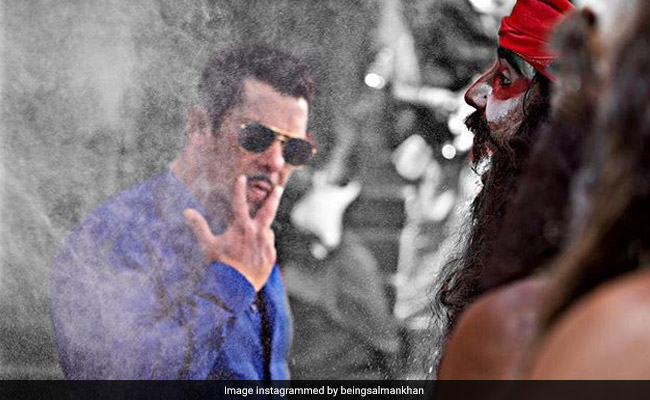 Ever since Salman Khan joined the sets of Dabangg 3, the 53-year-old superstar has been posting intriguing updates and we must say that the one he shared on Friday is out perfect TGIF moment. Salman Khan recently shot for the title track of Dabangg 3 and shared a glimpse of a swag-filled moment on Instagram with the caption: "Hud Hud Dabangg song done for Dabangg 3." That's all we wanted to hear from Salman Khan and we are floored. In the photo, Salman Khan sports his signature moustachioed-and-aviators look, the signature look of Chulbul Panday, the cop he plays in the Dabangg series.

You know who else makes a comeback in the third instalment of Dabangg? Well, it has to be Sonakshi Sinha, who plays Chulbul Panday's wife Rajjo. Just a day before, we were introduced to Sonakshi's first look of sorts from the film. "Rajjo is back! From Dabangg to Dabangg 3... Its homecoming. Day 1 of shoot for me today. Wish me luck!" she had Instagrammed.

Meanwhile, here are all the updates Salman Khan posted from the sets of Dabangg 3 in Indore. Dabangg 3 is being directed by Prabhu Deva.

Having a Chulbul time on the sets of #dabangg3... @prabhudheva @arbaazkhanofficial @nikhildwivedi25

Namaste, Salaam Alaikum, Hello and a big thank you to all my fans & the police of #madhyapradesh #maheshwar #dabangg3 @prabhudheva @arbaazkhanofficial @nikhildwivedi25

Arbaaz Khan is also expected to reprise his role as Makkhi in the third edition. Arbaaz, who directed the second film in the series, is also the producer of the film. He shared this video of the Khan brothers landing Indore and explaining why shooting Dabangg 3 in Indore is special for them.

Meanwhile, Salman Khan issued a clarification after photographs of a "Shivling" covered with wooden planks from the film's shoot in Maheshwar sparked controversy leading to a row between political parties.