Dabangg 3: Salman Khan Is Having A 'Chulbul' Time On The Sets Of The Film

After Sonakshi Sinha, Salman Khan shared a picture from the sets of Dabangg 3 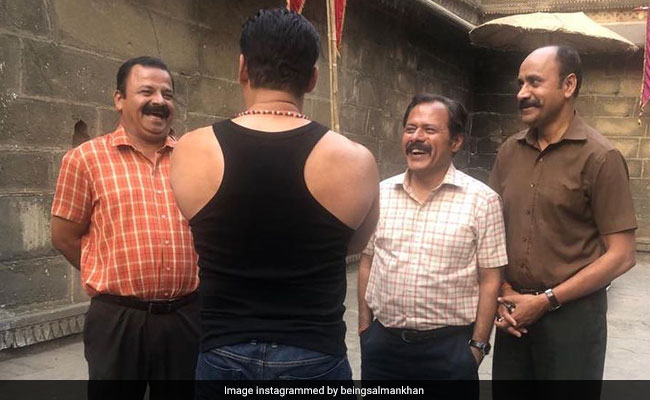 Salman Khan on the sets of Dabangg 3. (Image courtesy: /beingsalmankhan)

Salman Khan is making the wait for his forthcoming film Dabangg 3 all the more difficult for fans by sharing pictures from the sets of the film. Salman, who is currently shooting for the film in Madhya Pradesh, shared a picture of himself from the sets of his film and summed it up in the best possible way. Much to fan's dismay, the actor can not be seen facing the camera but we are not complaining. In his caption, the 53-year-old actor made a reference to his character in the film (his name is Chulbul Pandey in the film) and captioned the picture: "Having a Chulbul time on the sets of Dabangg 3. He also tagged film's director Prabhu Deva and film's producer and his brother Arbaaz Khan. The picture received over 6 lakh likes within a few minutes.

Having a Chulbul time on the sets of #dabangg3... @prabhudheva @arbaazkhanofficial @nikhildwivedi25

Earlier on Thursday, film's lead actress Sonakshi Sinha, who plays the role of Salman's wife Rajjo in the film, gave us a sneak peek of her look from the film. Sonakshi captioned the picture: "Rajjo is back! From Dabangg to Dabangg 3... Its homecoming. Day 1 of shoot for me today, wish me luck."

Salman Khan has been actively sharing pictures from his Dabangg 3 diaries on Instagram. Here are some of his posts:

Namaste, Salaam Alaikum, Hello and a big thank you to all my fans & the police of #madhyapradesh #maheshwar #dabangg3 @prabhudheva @arbaazkhanofficial @nikhildwivedi25

Just like its previous installments, Dabangg 3 will also be a high-octane action film. Salman and Sonakshi have reprised their roles in the film and details about the film's antagonist have not been revealed as of now.

Dabangg 3 is expected to hit the screens in December this year.