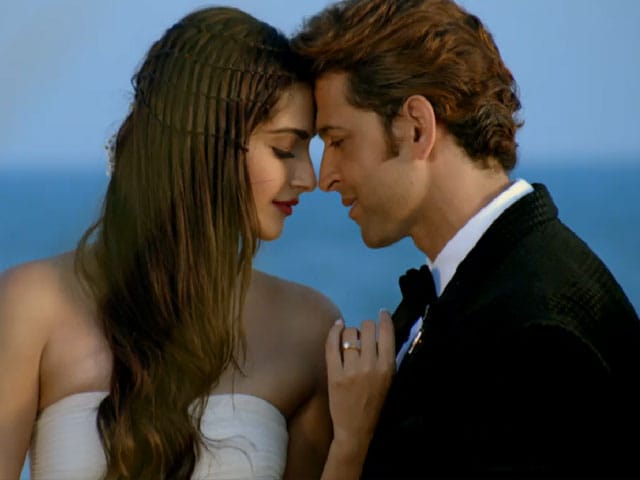 Hrithik and Sonam in a still from the song Dheere Dheere

New Delhi: Actors Hrithik Roshan and Sonam Kapoor star in the music video of Dheere Dheere, the hit song from 1990's Aashiqui refurbished by rapper Honey Singh. The song is presented as a tribute to slain Aashiqui producer Gulshan Kumar. (Also Read: Working Together After 6 Years Was Amazing: Sonam on Salman )

The original song was a career-making hit for singer Kumar Sanu and composers Nadeem-Shravan.

Honey Singh's recrafting stays fairly faithful to the melody, and it's still 1990 in the music video which has lavish interiors and a shrine to Sonam that Bollywood might have thought romantic several decades ago but in 2015 is slightly creepy.

As a modernisation, the forthright Sonam is the very opposite of the shy Anu of the 1990 Aashiqui, played by Anu Agarwal.

The new Dheere Dheere is available here on Hotstar.