Hrithik Roshan On War Box Office: 'It Is An Important Success For Me'

Hrithik Roshan said, "From now on, I am going to set my benchmark higher. I felt more encouraged after the success." 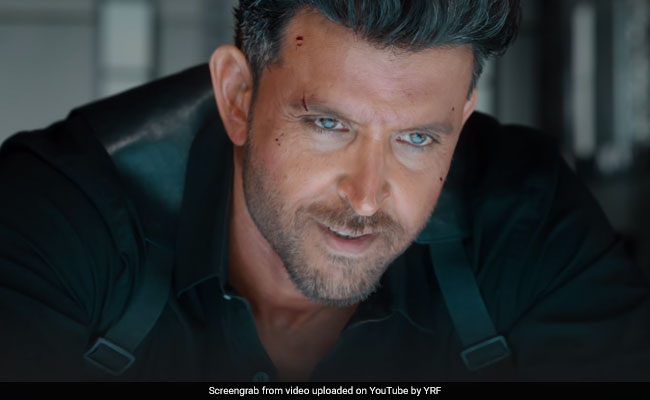 After back-to-back flops, Hrithik Roshan is basking in the success of two consecutive hits - Super 30 and newly-released War - because of which the 45-year-old actor says he feels 'empowered,' reports news agency PTI. Hrithik Roshan's new film War collected Rs 77 crore in two days and it now holds the highest opening day collection record for a Bollywood film beating Aamir Khan's 2018 film Thugs Of Hindostan. Hrithik Roshan attended a press meet to celebrate the success of War on Friday where he told reporters he feels 'more encouraged after the success.' Hrithik Roshan said, "I was fortunate that I had films I was empowered by. I felt so much love and passion for these two films. From now on, I am going to set my benchmark higher. I felt more encouraged after the success. It is an important success for me," reports PTI.

"My instincts were very strong and if it would have failed, then I would have been affected. The most important thing for us in creative life is to be able to trust our instincts and if your instincts gets reaffirmed and gets strengthened, it empowers you a lot," said Hrithik, adding that the "best is yet to come."

Before Super 30, Hrithik's career graph saw a downward with films like Kaabil and Mohenjo Daro. However, Super 30, which released after its share of controversies pulled the actor towards success. The film was declared tax-free in several states for bringing out mathematician and educationist Anand Kumar's life and struggles brilliantly onscreen.

In War, Hrithik played a character completely different from Super 30. Directed by Siddharth Anand, War is an action thriller in which Hrithik plays a rogue Indian intelligence officer, who is on the run. Tiger Shroff plays his mentee-turned-nemesis tasked with capturing him. Of co-starring with Tiger, Hrithik said, "I was learning. I was constantly watching his honesty, integrity, the process that he applies. To pull off a two-hero film, you need two people, who are honest and have love and admiration for each other. With Tiger, I feel so much love and admiration for the person he is and the actor that he is."