War: Hrithik Roshan, Who Went To Same Gym As 'Plump' Tiger Shroff, Didn't Know He Was A Fan

"I remember him being a little plump. He used to be plump but he was very very strong," said Hrithik Roshan 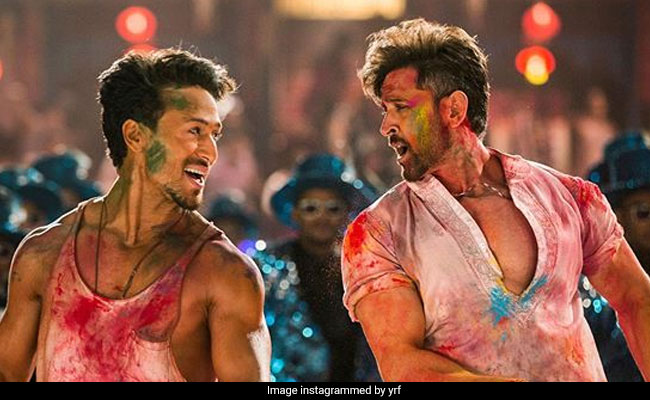 Hrithik Roshan and Tiger Shroff are all set to take the War to theatres this Friday! Ahead of that, in an exclusive interview with NDTV's Rohit Khilnani, Hrithik revealed how he used to bump into Tiger Shroff at a Mumbai gym regularly, without knowing Tiger is a huge fan of his work. Hrithik, who began by sharing his "first memory" of Tiger, went on to say: "And after that, I saw him in the gym when I was training for Krrish 3. I used to go to this gym called True Fitness and he used to be there always. Someone who I used to look at and get encouragement from. He was just always smiling. I had no idea that he had liked my work. I didn't know at that time. But I loved seeing him in the gym." Hrithik's Krrish 3 released in 2013 and Tiger made his Bollywood debut with Heropanti the following year.

Hrithik Roshan added that Tiger, who is a bona-fide fitness enthusiast, was once "a little plump": "I remember him being a little plump. He used to be plump but he was very very strong. And every day, as I was making my progress, it was almost like as if he was there, observing my progress and giving me a thumbs up at every stage."

Its been a while since i pushed myself this far...200kgs...used to feel a lot lighter back in highschool ...#onlyhuman @mmamatrixgym @rajendradhole

In his interview with NDTV, Hrithik said he first saw Tiger on the sets of 1993 film King Uncle, starring Jackie Shroff. Hrithik was assisting his filmmaker father Rakesh Roshan for the film: "My very first one is one I think Tiger might not remember. My very first one is my father (Rakesh Roshan) was shooting with his dad (Jackie Shroff). Our fathers were working and I was the assistant for King Uncle. He (Tiger) had come along with his dad and yeah, that's my first memory of him."

I remember the moment when @iHrithik was assisting in king Uncle and @iTIGERSHROFF was a lil Kid and how he used to look after my boy now facing one the most talented handsome Lad who my Boy Adores.
Blessed. https://t.co/bbr2Ikr4IH#WarTeaser#WAR

Directed by Siddharth Anand, War is a high-octane action thriller, in which Hrithik and Tiger and pitched against each other with Hrithik playing a special agent gone rogue and Tiger in charge of putting him down.