"We are in a creative field and I don't think there is any one best person. I feel there are many, who deserve to be man of the year," said Hrithik 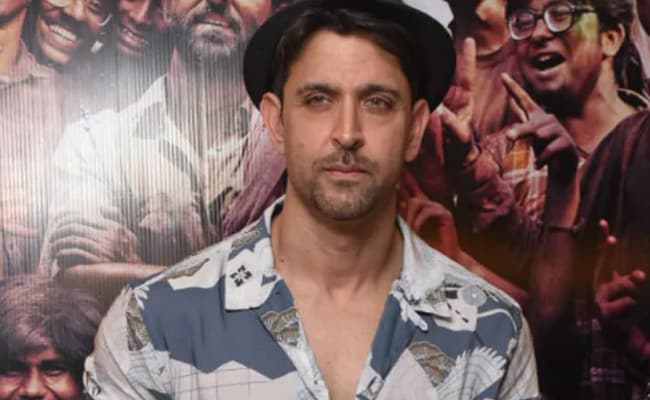 Hrithik Roshan was photographed at an event in Mumbai.

Hrithik Roshan, who is considered one of the finest actors of the country, feels that you cannot declare any one person as the best in a creative field as acting. Hrithik, who made his debut as a lead actor in 2000, has played several powerful performances over the past two decades. However, now, there is stiff competition from actors such as Ranbir Kapoor, Ranveer Singh, Varun Dhawan, Shahid Kapoor, Tiger Shroff, Ayushmann Khurrana and Vicky Kaushal. When asked Hrithik who he thinks is man of the year in 2019, he replied: "We are in a creative field and I don't think there is any one best person. I feel there are many, who deserve to be man of the year. We should be proud that we have so many of us who are doing well," reported news agency IANS.

Talking about his journey in Hindi film industry, Hrithik Roshan said he felt blessed. "I feel good and I feel blessed. I feel like there is magic in the world. If you work hard and if you believe, things will happen. It happened with me so, it's been a good journey," he said, while interacting with the media at GQ Men of the Year Awards 2019 on Saturday in Mumbai.

Hrithik Roshan's upcoming release War is seemingly high on budget as it has been shot across seven countries and 15 cities. Putting fans curiosity to rest, makers dropped a highly action-packed trailer last month. It featured an intense rivalry between Kabir (played by Hrithik) and his student (played by Tiger Shroff).

"We will talk about the film in detail after its release. Right now, the buzz is good and expectations are high, so let us see how the audience reacts to it. If the film is good, it will work and if not, we will try harder with our next release," said Hrithik.

The actor is collaborating with Tiger Shroff for the first time in War. "I think I will miss working with him. It's been an incredible experience working with him on this film," Hrithik added.

With Siddharth Anand in the director's chair, War is produced by Aditya Chopra under the Yash Raj Films banner. The film is slated for release on October 2.

(Except for the headline, this story has not been edited by NDTV staff and is published from a syndicated feed.)
Comments
warhrithik roshan