Hrithik and Akshay Exchanged Tweets About Mohenjo Daro vs Rustom 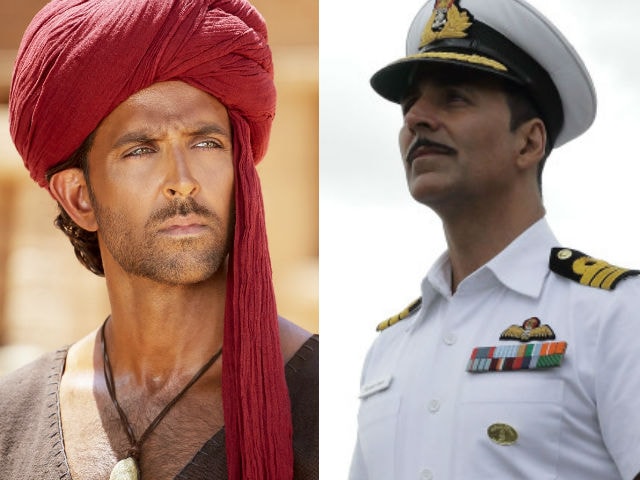 New Delhi: If either actor involved in this week's mega-clash at the box office is apprehensive, they aren't showing it. Hirthik Roshan tweeted a shout out to both his own film, Mohenjo Daro, and Akshay Kumar's movie, Rustom, receiving in reply an equally warm tweet from Akshay.

#MohenjoDaro is just 4 days away. And so is #Rustom (wink) @akshaykumar#dostiKiHaiToNibhaniPadegihttps://t.co/j4BqTNdscd

Good advice from Akshay there - grab the popcorn because if anybody wins here, it is the movie-goer.

Hrithik has been generous with his praise of Rustom. Akshay's wife Twinkle Khanna responded to his tweet admiring the trailer of Rustom in July with a note saying she was rooting for both movies.

@iHrithik want both the movies to do well and we can celebrate together my friend :)

Mohenjo Daro and Rustom, both historicals, release together on Friday.

The first, directed by Ashutosh Gowariker, is set in the Ancient Indus Valley and co-stars newcomer Pooja Hegde, Kabir Bedi and Arunoday Singh. Rustom is based on the real life Nanavati case that led to the scrapping of India's jury system and also stars Ileana D'Cruz and Esha Gupta.