How Excited Is Vidya Balan To Play Shakuntala Devi? 'Extremely'

Vidya Balan: "How incredible that 'The Math Genius', 'The Human Computer', was a small-town Indian girl, who took the world by storm" 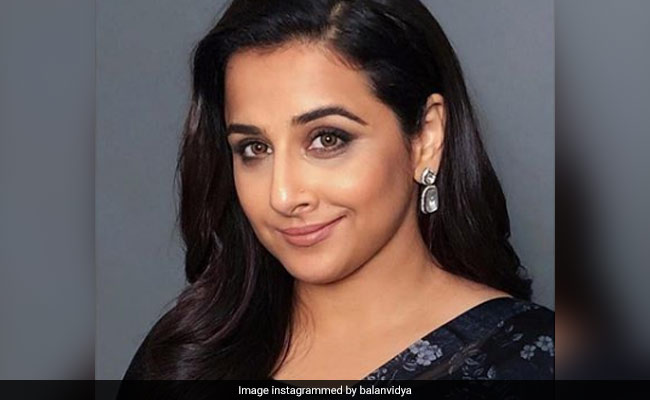 Actress Vidya Balan has confirmed that she is playing the lead role in a film on mathematics genius Shakuntala Devi, who earned the moniker of 'human computer' for her ability to make swift calculations. Set for a summer 2020 release, the film is to be directed by Anu Menon, who directed London, Paris, New York and Four More Shots Please!, and produced by Vikram Malhotra-led Abundantia Entertainment. "I am extremely excited to play the human computer, Shakuntala Devi, on the big screen. She was truly someone who embraced her individuality, had a strong feminist voice and braved many a naysayer to reach the pinnacle of success," Vidya said in a statement.

"But what truly fascinates me is that you wouldn't normally associate a fun person with math... and she completely turns that perception on its head," said Vidya Balan.

"I am thrilled that Vikram, who I've worked with on Kahaani, and his team are producing the film. Vikram, Anu and I are proud to bring to life the story of one of the most inspiring women of this country," said Vidya, who has been widely lauded for her versatility. "How incredible that 'The Math Genius', 'The Human Computer', was a small-town Indian girl, who took the world by storm," she added.

Shakuntala's genius was first discovered at the age of 5, when she solved a math problem meant for 18-year-old students. Though she never received any formal education, her talent for numbers also earned her a place in the 1982 edition of the Guinness Book of World Records. Aside from her love for mathematics, she was an astrologer, cookbook author and a novelist. She travelled the world demonstrating her mathematical ideas - at colleges, in theatres, on radio and on television. She also penned the book The World Of Homosexuals.

Producer Malhotra is confident that the "compelling story will resonate strongly with fans of all ages" and is especially excited to have Vidya Balan on board. "I'm delighted to collaborate with Vidya once again. Her versatility as a performer is unmatched and the passion that she has brought to this film is amazing. I am equally delighted to partner with Anu Menon, who has woven an entertaining and evocative narrative," he said.

"Shakuntala Devi was an extraordinary woman, who lived ahead of her times and on her own terms, unapologetically. Her love for numbers and the passion with which she spread the joy of maths, against all odds is truly fascinating," Menon added.

"Shakuntala is a true heroine for our times. And who else can capture the spirit of a woman like Shakuntala than the incredible Vidya Balan," said Menon.

The film on Shakuntala Devi is written by Anu Menon along with Nayanika Mahtani, and the dialogue will be penned by Ishita Moitra. It is scheduled to go on floors later this year.