Read inOther Languages
This Article is From Jul 30, 2020

Roll out the yoga mat already, will you? Here's what Manisha Koirala posted 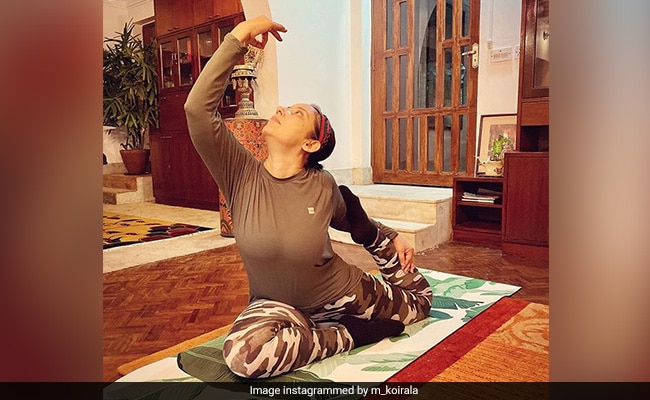 Here's some fitness motivation from actress Manisha Koirala. On Thursday, her Instafam woke up to spot a few photos of the 49-year-old actress doing yoga. While sharing the photos, Manisha also shared philosophy behind practising yoga with a quote attributed to late yoga practitioner B K S Iyengar, who was one of the most celebrated yoga teachers in the world: "Yoga does not just change the way we see things, it transforms the person who sees." Manisha Koirala was diagnosed with ovarian cancer in 2012, a few years after which she opened up about her ordeal with illness and wrote about emerging as a survivor in the book Healed: How Cancer Gave Me A New Life, which was published in 2018.

Manisha Koirala's Instafam showered a whole lot of positivity on the actress' yoga post. "Transformation is fantastic," read a comment while another added: "You are a real fighter."

Roll out the yoga mat already, will you? Here's what Manisha Koirala posted:

"Yoga does not just change the way we see things, it transforms the person who sees." ― B.K.S Iyengar 🙏🏻

Manisha Koirala's posts are almost always accompanied by motivation quotes - she borrowed one from author Robert Frost while sharing photos of her from a walk in the forest.

Regaining strength.. "The woods are lovely, dark and deep. But I have promises to keep, and miles to go before I sleep."~ Robert Frost

Here are some of more life lessons from Manisha Koirala's Instagram diaries:

The road is my teacher ..

Dear friends it's important to look for things that gives us joy and peace during such times.. have you found your hobby yet? #selfqarantinepositivity #quarantineandchill

The price of success is hard work, and the determination that whether we win or lose, we have applied the best of ourselves ...