A Walk In The Woods With Cancer Survivor Manisha Koirala, Who Is "Regaining Strength" 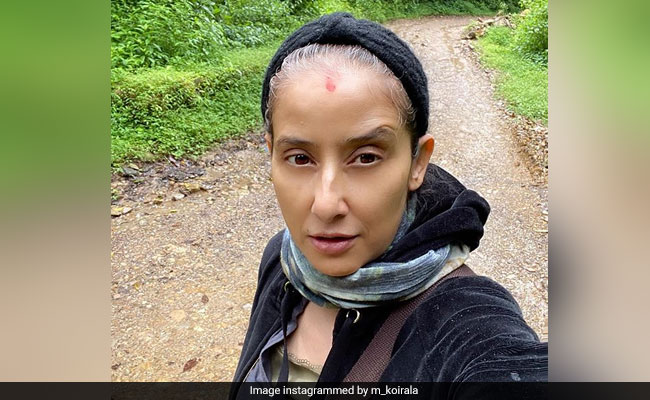 Manisha Koirala, who emerged victorious in her battle with cancer several years ago, often shares inspiring posts on Instagram and Wednesday was one such. "Regaining strength," she captioned a bunch of photos from a walking trail through a forest. The 49-year-old actress remembered author Robert Frost's words while sharing the photos and videos from her latest adventure: "The woods are lovely, dark and deep. But I have promises to keep, and miles to go before I sleep." Manisha Koirala features in a no-filter persona in the photos, revealing grey strands of hair in a close-up selfie. "Loads of love to you all," Manisha told her fans, who showered her with a whole lot of love.

Here's a walk through the woods with Manisha Koirala:

Regaining strength.. "The woods are lovely, dark and deep. But I have promises to keep, and miles to go before I sleep."~ Robert Frost

Manisha Koirala's Instagram is a magical place of positive vibes: "The road is my teacher," she captioned one of her photos.

The road is my teacher ..

Here's Manisha Koirala's mantra for some self quarantine positivity: "Dear friends, it's important to look for things that gives us joy and peace during such times. Have you found your hobby yet?"

Dear friends it's important to look for things that gives us joy and peace during such times.. have you found your hobby yet? #selfqarantinepositivity #quarantineandchill

Manisha Koirala, who was diagnosed with ovarian cancer in 2012, shared a tweet of gratitude last year, along with a photo of herself from when she was undergoing treatment. "Forever grateful for second chance to life," read her tweet.

Manisha Koirala opened up about her ordeal with the cancer and emerging as a survivor in the book Healed: How Cancer Gave Me A New Life, which was published in 2018. Manisha Koirala was last seen in Netflix film Maska, ahead of which she also featured in films such as Prassthanam and Sanju. She also featured in a segment in Netflix's Lust Stories.