Hey Govinda, Here's What David Dhawan Said About Working With You Again

Earlier this year, Govinda said that David Dhawan ignored his request to collaborate again but the filmmaker says he's A-OK to work with Govinda again 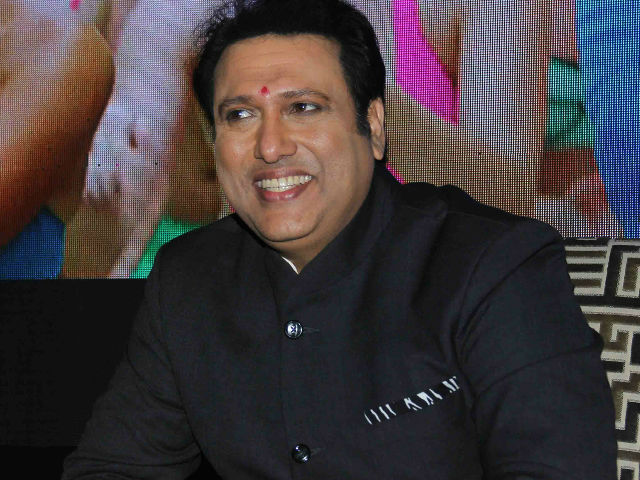 New Delhi: Whatever Govinda might say, filmmaker David Dhawan claims he's open to working with the actor again. Asked if he would collaborate with Govinda for the 18th time, David Dhawan told reporters: "Why not, sure... Yes, Govinda and I have created history in cinema. Govinda has been different, that's it," reports news agency IANS. Mr Dhawan was speaking at the event to launch the trailer of his new film Judwaa 2, featuring his son Varun Dhawan in the lead roles (he plays twins). The question about Govinda was prompted by the actor's claims some months ago that David Dhawan had refused to make another film with him and that he took a movie idea suggested by Govinda and cast Rishi Kapoor instead.

Earlier this year, Govinda made a comeback in the film Aa Gaya Hero. While promoting the movie, he made all sorts of comments about David Dhawan, accusing his former director of not standing by him when times were hard. "I kept requesting him to take at least one shot with me so that it could be my 18th film with him. But I don't know what he had in his mind," Govinda told news agency PTI in February.

David Dhawan, whose 17 films with Govinda include hits such as Coolie No 1, Haseena Maan Jayegi and Hero No 1, now appears willing. He qualified what he said by noting that his aim was not to direct only one actor. "I would like to mention that Manji (Manmohan Desai) is always my guru. I followed his footsteps my entire career as a filmmaker. I have always made films for entertainment and I have worked with various actors," he said, reports news agency IANS.

His new project is a remake of a 1997 film that starred Salman Khan, another of the actors who collaborated often with David Dhawan. "Salman is a seasoned actor. These days he has become something else, but I can remember directing him in Judwaa. Whenever he gave a shot, it looked like he was not interested (meant laid-back attitude), but he is the most interested one," David Dhawan said, reports IANS.

Promoted
Listen to the latest songs, only on JioSaavn.com
Judwaa 2Judwaa 2 is headlined by Mr Dhawan's son Varun and also includes actresses Jacqueline Fernandez and Taapsee Pannu. Salman Khan appears in a cameo. The film releases on September 29.