"As a friend, I'd say he is one of my closest friends in the industry," Kiara Advani on Sidharth Malhotra 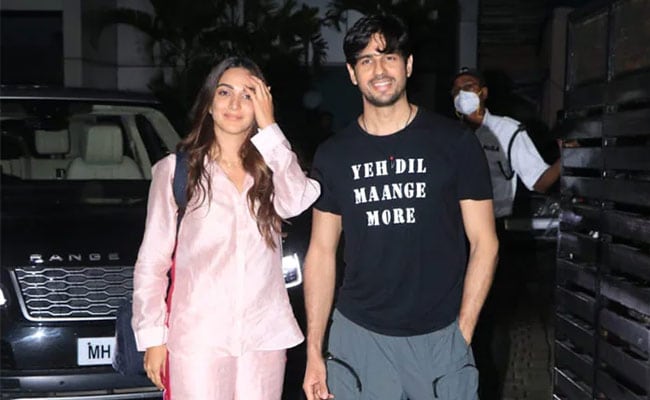 Kiara Advani and Sidharth Malhotra are co-stars of Shershaah

Kiara Advani and Sidharth Malhotra are not only co-stars of upcoming movie Shershaah but also are a rumoured couple. In a recent interview with ETimes, Kiara Advani described rumoured beau Sidharth Malhotra as one of her "closest friends". Kiara began by describing Sidharth as a co-worker and said that they really connect over their similar approach to work: "As a co-star, Sidharth is extremely driven and focused. He loves to prep a lot and does a lot of readings. That's very similar to the way I like to work on a film. So, in that sense, we got along very well."

Talking about her real-life rapport with Sidharth Malhotra, Kiara Advani described him in these words: "As a friend, I'd say he is one of my closest friends in the industry. I think, even as a friend, he's full of life and always fun to be around."

Last week, Sidharth Malhotra wished Kiara Advani on her birthday with this adorable message: "Happy birthday, Ki! Shershaah's journey with you has been incredible. Lots of memories from this one. Stay amazing, big love." 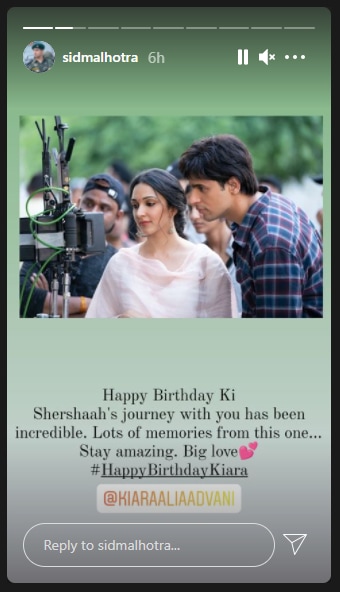 Kiara Advani and Sidharth Malhotra have never addressed rumours about their speculated romance but often trend for their adorable exchanges on social media, dropping major hints about their relationship status. However, Kiara Advani's Laxmii co-star Akshay Kumar appeared to confirm that Kiara and Sidharth are a thing on an episode of The Kapil Sharma Show. When asked if Kiara is single or not, Akshay appeared to make an ROFL reference to Sidharth Malhotra and said: "Bari 'siddhanto' wali ladki hai (She is a woman of principles)."

Last year, Kiara Advani trended a great deal her when in an interview with Pinkvilla she was asked what would she write in Sidharth Malhotra's Tinder bio. "I don't want to put him on Tinder," she had replied. Sidharth and Kiara also featured in headlines when he made a surprise appearance on Kiara's Instagram live session and dropped this comment: "Thank you for this lovely chat". "Hope you've been watching this entire chat," she said in response.

Sidharth Malhotra and Kiara Advani celebrated New Year together in the Maldives this year. While they avoided sharing photos of them together, they filled up their Instagram feed with similar snippets from their vacation diaries, confirming they were holidaying together. The rumoured couple also flew back to Mumbai together from their trip to the Maldives. Last year, the rumoured couple spent New Year together in Africa.

Shershaah marks Kiara and Sidharth's first film together. Directed by Vishnu Varadhan and produced by Karan Johar's Dharma Productions, Shershaah was initially supposed to release in cinemas last year. Earlier this year, the makers of Shershaah had announced a date change with July as the release month, which has now been shifted to August - The film will premiere on August 12 on Prime Video.