On Prabhas' Birthday, A Look At His Baahubali Blockbusters 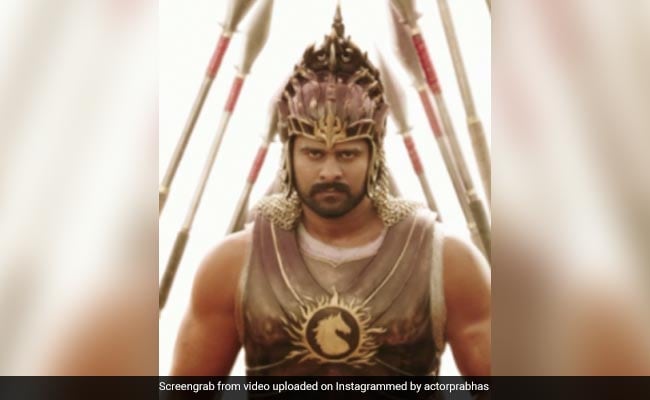 It's Baahubali aka Prabhas' birthday today.  The actor won a million hearts after playing the role of Amarendra Baahubali in the S.S. Rajamouli directorial, Baahubali: The Beginning. He followed it up with the sequel, in which the million-dollar question, “Kattappa ne Baahubali ko kyun mara,” was answered. How can we forget that moment? Well, we must add here that it is not the only time when Prabhas stole the limelight with his performance. Today, we have decided to talk about some of his hits that kept us glued to the screens.

Prabhas' Venkat checked all boxes with his lover boy attitude. He falls for Sailaja, played by Trisha Krishnan, on a train ride and fights against all odds to be with her. The film was directed by Sobhan

2.Baahubali: The Beginning and Baahubali 2: The Conclusion

Now, we must talk about the magnum opus. Words fall short to describe the film. From the massive sets to the dialogues to the star cast, the movie checked all boxes. Do you remember the scene when Prabhas lifted the entire Shiva linga and placed it under the waterfall? That was a goosebump moment for us. Can't forget Rana Daggubatti as Bhallaladeva. He earned a lot of praise for pulling off such a strong character on screen. Of course, most of us wanted to dress like Sivagami Devi, played by Ramya Krishnan.

The movie takes an unexpected turn after Jai, played by Prabhas, returns to his country to fix things at her girlfriend's family. It was Koratala Siva's directorial debut. Can't forget the jaw-dropping action sequences. Anushka Shetty and Sathyaraj were part of the project.

This film taught us a lesson on the importance of adjustment. The plot revolves around Vicky and his principles of not compromising on anything no matter whatever is the scenario. The film also features Kajal Aggarwal and Taapsee Pannu in pivotal roles.

Prabhas and S S Rajamouli created magic on screen with this one. It is about how Sivaji, by Prabhas, traces a long path to find his lost mother and brother.

Another action-loaded movie by Prabhas is here. Lawrence Raghavendra's venture narrated a tale of how a son took revenge for his parents' murder. Prabhas' performance kept us on the edge of our seats.

Prabhas will be next seen in Radhe Shyam and Adipurush.