How Rhea And The Kapoors Wished Karan Boolani On His Birthday 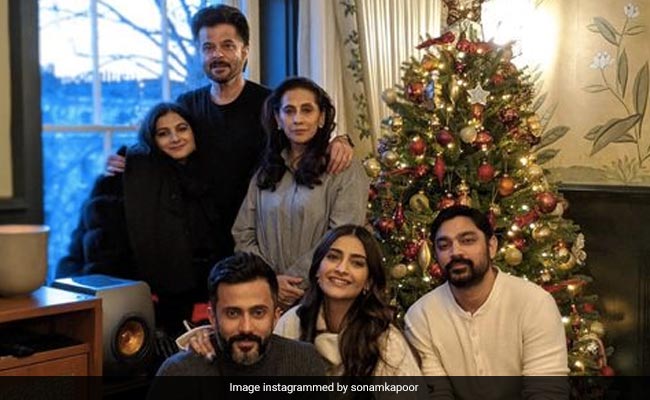 First, let us all wish Karan Boolani, a very happy birthday. The producer turns 40 today. Going by the Instagram updates shared by his wife Rhea Kapoor, it is safe to say that the birthday boy is having a blast in Goa. From pool-time moments with their pets to glimpses of the elaborate dinner arrangement, Rhea's Instagram page has all the details. Of course, wishes are pouring in from all corners. Rhea's father, actor Anil Kapoor has written a heartfelt note for his “friend/son-in-law and now son”. Along with a set of pictures featuring himself, his wife Sunita Kapoor, Rhea and Karan Boolani, Anil Kapoor wrote, “Happy birthday to my friend/son-in-law and now son…Karan [Boolani]. May you continue to celebrate every moment big and small and live and love life to the fullest. So lucky to have you as a part of the family and our lives.” Anil Kapoor's JugJugg Jeeyo co-star Neetu Kapoor left a sweet birthday message for Karan Boolani under the post.

Sunita Kapoor has kept it simple and just re-shared Anil Kapoor's post on her Instagram Stories. Take a look: 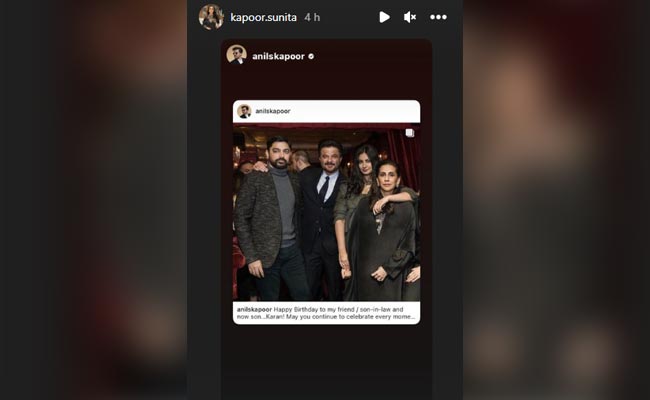 Sonam Kapoor, who is currently busy with mommy duties, has come up with an adorable birthday wish for Karan Boolani. The actress has shared a throwback album on Instagram and wrote, “Happy Birthday, Karan. Thank you for being the best brother-in-law, friend and support system… Also, 40 looks great on you. Let's make [a film emoji] together soon.” Sonam and her husband Anand Ahuja welcomed her first child, Vayu,  last month.

Here is how Rhea Kapoor wished her “jaan” Karan Boolani. 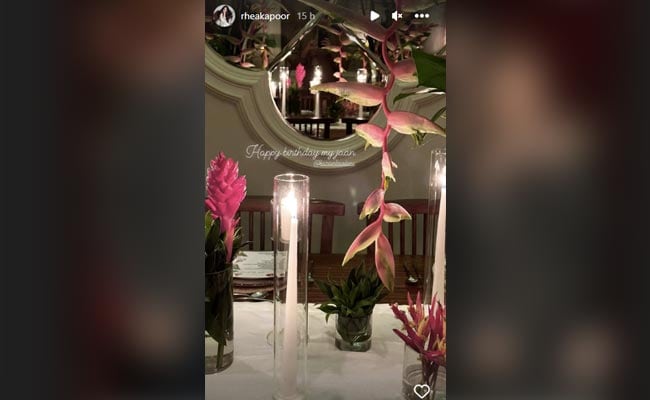 Rhea Kapoor and Karan Boolani got married in August 2021. It was a private ceremony attended by family members and close friends. Not many would disagree that the two have never failed to paint our screens red with their mushy posts. Right after the wedding festivities, Karan, in one of his Instagram updates, opened up about their love story. He said, “True story: we met on a movie set, she was new, I tried to bully her, ended up falling madly in love."