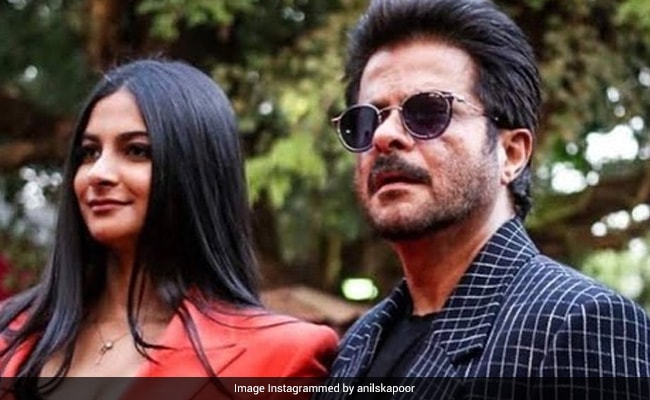 Producer Rhea Kapoor received a heart-warming wish from her father Anil Kapoor on her birthday. He shared two photos with Rhea. But our eyes were stuck on the caption. Anil Kapoor gushed about his daughter while wishing her on her special day. He wrote, “Rhea Kapoor you surprise, amaze and inspire me every single day with your unique brand of strength, beauty and wisdom.” As if that weren't enough, he added, “To say I'm proud to be your father would not nearly suffice, so hopefully I can continue to show you just how much I love you and how happy you make us, simply by being you... Happy Birthday.”

Melts your heart too, right?

Of course, Rhea Kapoor couldn't help but react to such an adorable post. She commented, “Love you to infinity.”

Rhea Kapoor's birthday is making quite a buzz on social media. Her sister and actress Sonam Kapoor made it memorable with her birthday wish. Sonam shared a compilation of photos and videos that featured the Kapoor sisters. From funky party photos to casual selfie videos, the post had all of it. Sonam captioned the post, “Happy happy Birthday Rhea Kapoor! Come what may, you're my constant, my person, and my partner. I don't know where I'd be in this life if I didn't have you by my side every step of the way. I'm only me and my best version when I'm with you."

Rhea Kapoor's cousin Anshula Kapoor also wished her. The caption read, “Happy birthday my Rheeee! You deserve all things amazing that the universe has to offer, and this year I wish that everything that makes you feel ecstatic, hopeful, joyful, excited, safe, and centred becomes yours." Thanking Rhea for a "sisterhood bound by love", Anshula wished for her "another year of incredibly insane food, laughter and fashion."

Rhea Kapoor has produced films such as Aisha, Khoobsurat and Veere Di Wedding. She married her longtime boyfriend Karan Boolani in 2021.