The trilingual film, titled Kaadan in Tamil and Aranya in Telugu will however, open in South-Indian markets on March 26 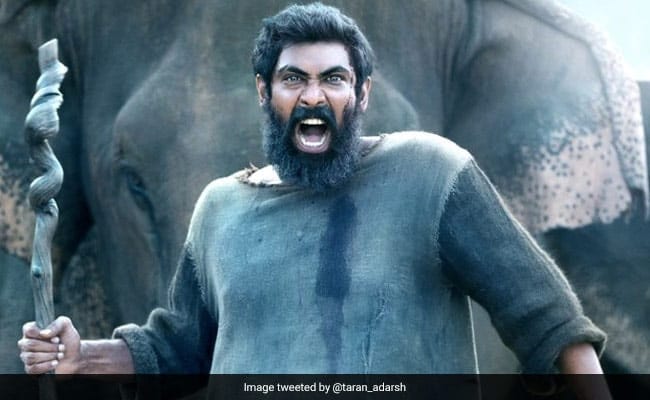 Rana Daggubati on a promotional poster of the film.(Image courtesy: taran_adarsh)

Fans of Rana Daggubati will have to wait a little more for his new film Haathi Mere Saathi as the film has been postponed in the view of the rising coronavirus cases in northern parts of India. The trilingual film which is titled Kaadan in Tamil and Aranya in Telugu will however, open in South-Indian markets on the scheduled release date i.e. March 26. The announcement in the regard was made by the film's production house Eros International on Instagram. "Dear viewers, It pains us to share this news but given the Covid-19 situation in the Hindi markets, the team of Haathi Mere Saathi has decided to hold on to the release of the film. We shall keep you posted on further developments. However, we will be releasing Aranya and Kaadan in the South markets on the 26th of March," the post on Instagram read.

Check out the announcement here:

Haathi Mere Saathi was originally scheduled to release in April last year but was pushed back due to the COVID-19 outbreak and the following lockdown. Earlier this year, Rana had announced the new release date of the film on social media. Directed by Prabhu Solomon, the film also features Pulkit Samrat, Shriya Pilgaonkar, Zoya Hussain and Vishnu Vishal.

Here's the teaser of the film which was released last year:

Rise, rage, roar! The battle to #SaveTheForest has begun. To witness the BIGGEST fight of the year, watch the teaser of my film #HaathiMereSaathi now!#Haathi@ErosNow#PrabuSolomon@PulkitSamrat@zyhssn@ShriyaP@ErosIntlPlcpic.twitter.com/aHctfpizFQ

While, the Hindi release of the film has been postponed, Rana seems very excited about the release of the Tamil and Telugu versions of the film. The actor shared a promotional poster of the film on Instagram today and expressed his excitement. "The fight to #SaveTheElephants starts in just 3 days!Watch Aranya and Kaadan on the big screen! Releasing on 26th March!#Aranya #Kaadan," he wrote in the caption of the post.

Besides Haathi Mere Saathi, Rana Daggubati has many other films like 1945 and Virata Parvam in the works currently.