"I have always been a guy with a big physique," said Rana Daggubati 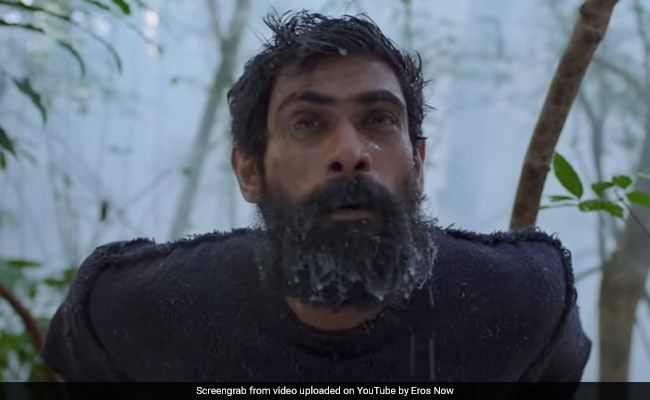 Actor Rana Daggubati lost almost 30 kgs for his upcoming film Haathi Mere Saathi, reported news agency IANS. Directed by Prabhu Solomon, the film features Rana in the role of a man (named Bandev) who protects the forest. In an interview with IANS, versatile actor Rana Daggubati was quoted as saying, "Prabhu Solomon sir wanted everything to be real and organic. It was very difficult for me to lose all the weight since I have always been a guy with a big physique. I had to undergo extensive physical training to get the lean look for this character of Bandev. It has been a wonderful and learning experience for me."

Haathi Mere Saathi will release in three languages - Hindi, Tamil and Telugu. The film has been titled Kaadan in Tamil and Aranya in Telugu.

Earlier, in an interview with IANS, Rana said, "As I began journeying with the character, which involved me spending time in the forest and getting to know a herd of elephants, it started becoming clearer how this person, a forest man, would look. And here we are, looking at Aranya/ Bandev/ Kaadan in his present form."

Last year, Rana Daggubati had shared a picture in a lean physique for an advertisement on Instagram, which worried his Instafam. In the comment section, people wrote, "What have you done to your body?" while another fan added, "Looking sick... all good?" Rana Daggubati, who also starred in the Baahubali trilogy as Bhallala Deva, received a question from a fan asking, "What happened to Bhallala Deva... Why so skinny?"

Rana Daggubati also featured in reports because of his massive body transformation. Several articles surfaced on the Internet, which stated that the actor had flown out of the country for a kidney transplant. He later cleared the rumours in the comment section of his Instagram post and wrote to a concerned fan who asked about the transplant, "Stop reading that stuff."

The Baahubali actor is the protagonist in all three versions of Haathi Mere Saathi. Meanwhile, Pulkit Samrat features as Rana's parallel lead in the Hindi version of the film and South actor Vishnu Vishal plays the role in the Tamil and Telugu versions of the film.

The film also stars actresses Shriya Pilgaonkar and Zoya Hussain in all three versions. Haathi Mere Saathi is scheduled to release on April 2.