Referencing to Rana Daggubati's character from the Baahubali series, an Instagram user wrote, "What happened to Bhallala Deva.. Why so skinny?" 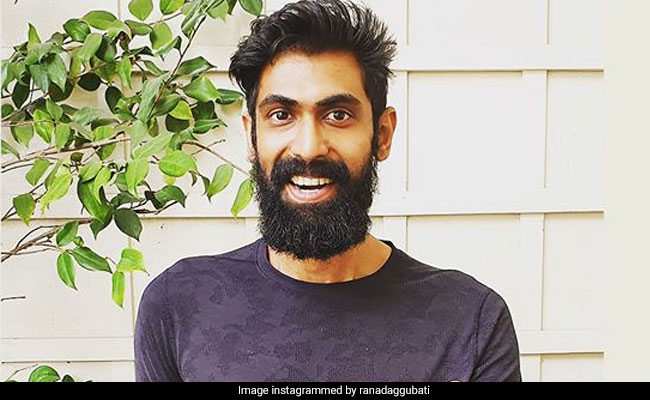 Telugu star Rana Daggubati's latest post on Instagram put him on the list of trends on Tuesday after worried fans commented that he looks 'too weak' in the picture. Rana Daggubati shared a picture of himself from an advertisement, in which he sports a much leaner physique and his Instafam was quick to reiterate that in the comments thread. "What have you done to your body?" wrote a fan while another added, "Looking sick... all good?" Referencing to the actor's character from the Baahubali series, another Instagram user wrote, "What happened to Bhallala Deva... Why so skinny?" Earlier in July, Rana Daguubati trended big time after he posted a different picture of himself, for which he received similar comments but more on that later.

In July, viral photos of a much leaner version of Rana Daggubati triggered reports that he was unwell and that he was set to undergo kidney transplant. However, the 34-year-old actor dismissed the kidney transplant rumours and told news agency IANS that it was a 'boring topic.' He told IANS, "I think there was enough speculated about it and I am tired of clarifying that I am absolutely fine and healthy. So, I think rumours about my health are now a boring topic. Whenever I leave Hyderabad, people get apprehensive, but I am thankful for the love and the concern people have been showering on me."

Meanwhile, Rana Daggubati was last seen in Telugu film Nene Raju Nene Mantri, which released in 2017. His upcoming projects are Haathi Mere Saathi in Telugu and Bollywood films Housefull 4 and Bhuj: The Pride of India.