The actor was asked by a fan: "Rana Daggubati, what about your surgery?" to which the actor responded with these words: "Stop reading that stuff." 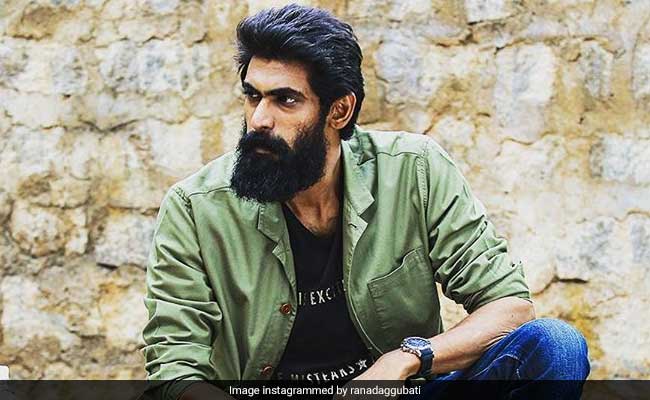 "I am in the US to research," said Rana Daggubati (courtesy ranadaggubati)

Actor Rana Daggubati recently found himself featuring in reports stating he's flown out of India for kidney transplant - rumours he dismissed during an interactive session on Instagram and then via a statement to news agency IANS. The Baahubali actor clarified that an upcoming film has taken him to the US: "I am currently in the US for a few weeks to research about (my next project) and meet a few visual effects companies for special effects for one of my upcoming project." Rana Daggubati added that his roster for the US trip is a rather busy one: "I am scheduled to visit Technicolor's Pre Production facility and working with digital domain on Hiranyakashyap."

Rana Daggubati, who played the menacing Bhallala Deva in Baahubali, underwent a massive body transformation for an upcoming movie Haathi Mere Saathi, the first poster of which released last year left everyone shocked. Photos of a much leaner version of Rana Daggubati also added to speculation about a rumoured kidney transplant. In a recent Instagram post, the actor was asked by a fan: "Rana Daggubati, what about your surgery?" to which the actor responded with these words: "Stop reading that stuff." Replying to another fan, who commented: "You look so thin or it just me" on Rana Daggubati's post, the actor said: "Can't look like a monster all the time." 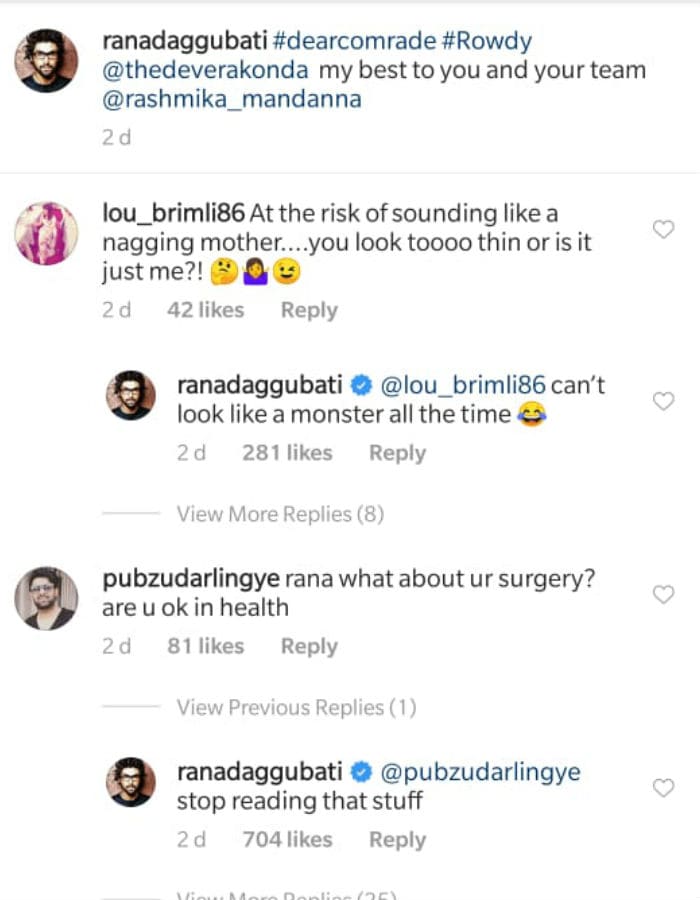 These conversations happened in the comments section of Rana Daggubati's appreciation post for Vijay Deverakonda's film Dear Comrade, who then thanked the Baahubali star saying: "Mere saathi, full love to you."

Hiranyakashyap is an upcoming ambitious project to be produced by Rana Daggubati's filmmaker father Suresh Babu. Rana Daggubati has been roped in to play the titular demon king in the mythological drama, which will reportedly be made on a budget of Rs 180 crore.

Rana Daggubati's impressive line-up of films also includes Bollywood's Housefull 4 and Bhuj: The Pride of India. He will also have a cameo in the biopic of cinema legend and politician NT Rama Rao.