Gudi Padwa 2021: Rahul Vaidya And Disha Parmar Celebrate The Festival Together For The First Time

Gudi Padwa 2021: In the video shared by the couple, Disha looks beautiful in a green and red saree 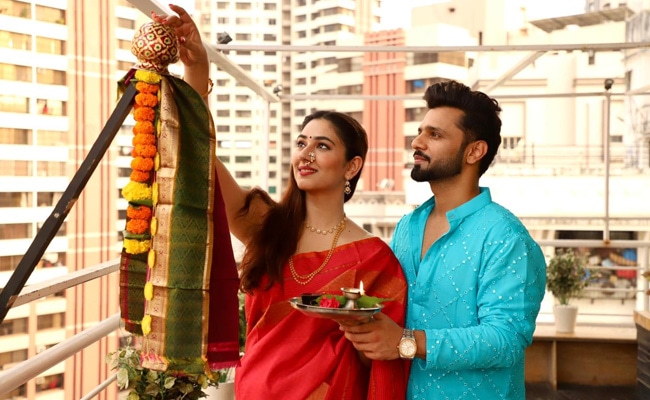 Bigg Boss 14 first runner-up and singer Rahul Vaidya celebrated Gudi Padwa with girlfriend and actress Disha Parmar for the first time on Tuesday. The duo, who made their relationship official on Bigg Boss 14 earlier this year, shared glimpses of their festivities on their respective Instagram profile. In the video shared by the couple, Disha looks beautiful in a green and red saree, which she paired with gold jewellery and a traditional Maharashtrian nath. Rahul complemented her in cream sherwani. In another set of photos shared by the couple, the actress can be seen sporting a red saree with Rahul by her side in a blue sherwani.

Sharing the clip of themselves celebrating Gudi Padwa on a terrace, Rahul wrote: "Happy Gudi Padwa, Happy Navratri, Happy Baisakhi and Happy Vishnu to everyone!"

And here are the pictures of the couple looking super cute in red and blue outfits. 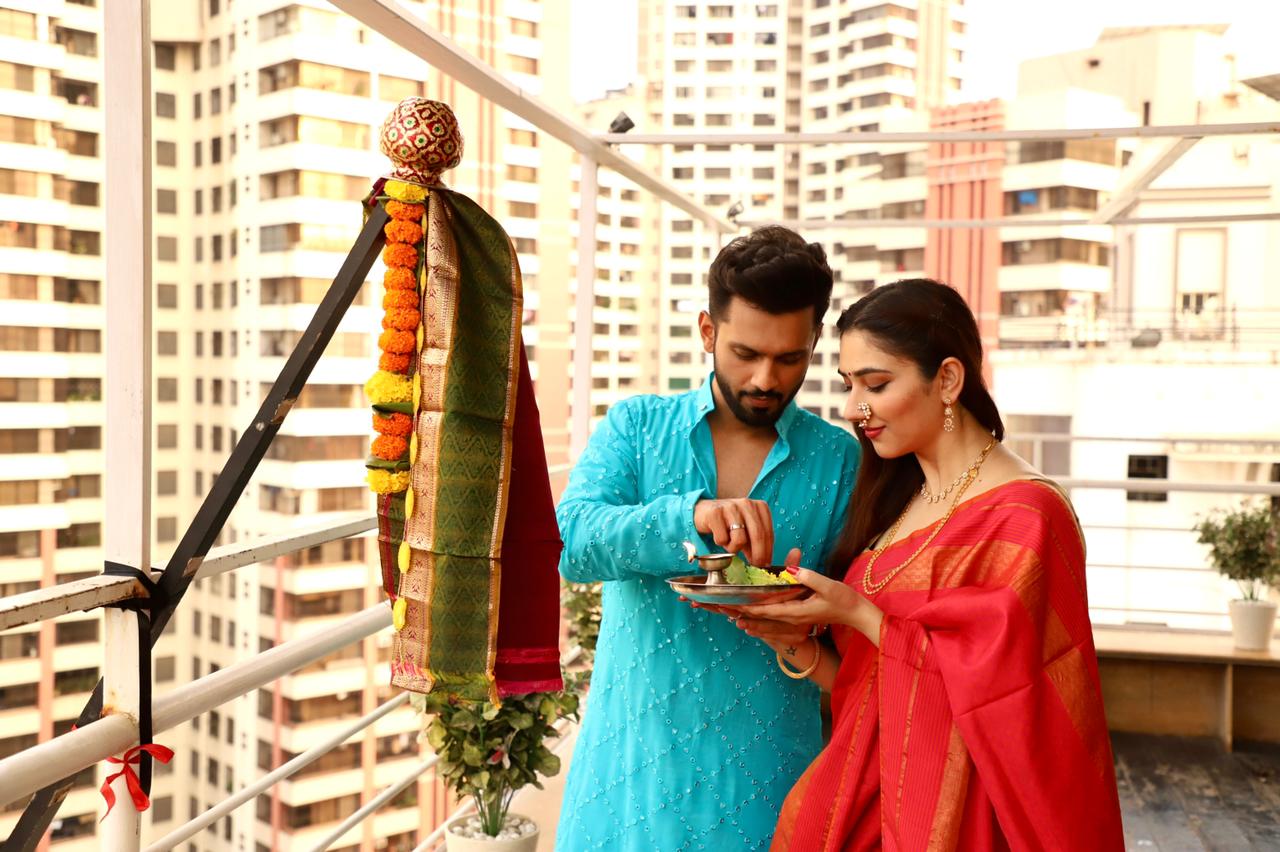 How adorable they look together?

Last week, a picture of Disha and Rahul dressed as a bride and a groom trended big time on social media. The photo is a still from their upcoming music video titled Madhanya but for a brief period, it left their fans excited and curious about the couple's wedding. Check it out here:

Rahul Vaidya and Disha Parmar co-starred in singer's single Yaad Teri that was released in 2019. Rahul is known for participating in the singing reality show Indian Idol season 1, where he was the second runner-up. He also participated in TV shows like Jo Jeeta Wohi Super Star and Music Ka Maha Muqqabla.