Good News. Sarabhai Vs Sarabhai Is Coming Back 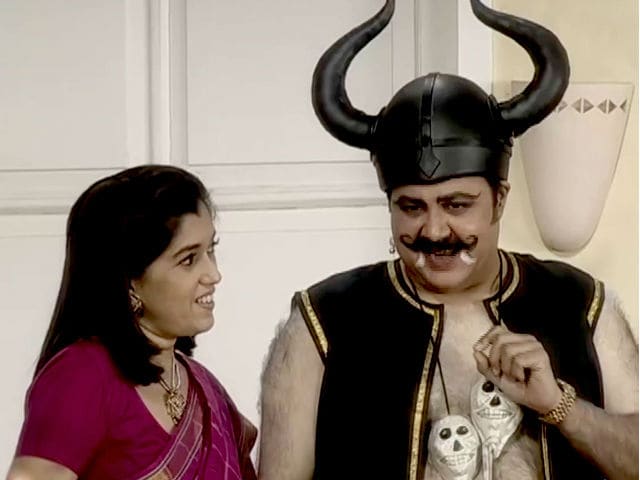 A still from the show Sarabhai Vs Sarabhai

New Delhi: Good news for all the Sarabhai Vs Sarabhai fans. Producer Jamnadas Majethia has finally confirmed on Twitter that the shoot for Sarabhai series will begin this month end. The show will be broadcasted on the live streaming application Hotstar. The popular comedy show will be back as a web series with its original star cast after a gap of 11 years. The show features Satish Shah, Ratna Pathak, Sumeet Raghavan, Rupali Ganguly, Rajesh Kumar, Deven Bhojani, Arvind Vaidya and Rita Bhaduri. In June last year, Mr Majethia had tweeted a picture with the star cast, he wrote: "Sarabhai family at Satish ji 's place. Some good news for fans on its way(sic)."

Work in progress #sarabhai series to kick off by month end . Will be on hotstar pic.twitter.com/98RkfoczyK

Speaking to Mumbai Mirror about the show, actor-producer Jamnadas Majethia said: "After the show wrapped up, all of us, including the actors, got busy with other commitments. However, at every public event and even at private functions in the last 10 years, I was always asked when Sarabhai vs Sarabhai was returning. It was public demand which finally compelled us to set aside everything else and concentrate on developing a quality script which lives up to the audience's expectations. Shooting will continue all through April. We are targeting a May release."

The show will be taking a seven-year leap and some new characters will be introduced, reports Mumbai Mirror. Jamnadas Majethai also said that two readings and look test of the cast took place last month. He added: "Alim Hakim tried a new hairstyle with Rajesh last month. We'll be meeting for readings again closer to the shoot."

Sarabhai vs Sarabhai is a show featuring a quintessential upper-class family in Mumbai. The show, which was telecasted from November 1, 2004 to April 16, 2006, enjoyed one of the best TRPs for an Indian comedy show.

Promoted
Listen to the latest songs, only on JioSaavn.com
Writer Aatish Kapadia will be co-directing the Sarabhai series with Deven Bhojani, reports Mumbai Mirror.

Sarabhai Vs Sarabhai made us laugh our hearts out with Maya Sarabhai's snobbish behavior and endless taunts to her 'middle class' daughter-in-law to 'momma's boy' Roshesh and his hilarious poems. Sarabhai Vs Sarabhai is one sitcom every nineties kid is eagerly waiting for.