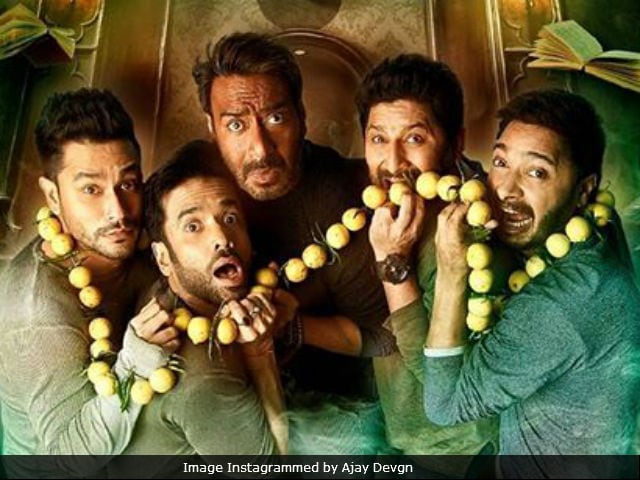 The trailer of Golmaal Again will be out tomorrow. (Image courtesy:Ajay Devgn)

New Delhi: Golmaal is back again, not with just one but two new posters of the film. Actor Ajay Devgn shared two posters of Golmaal Again on Instagram today (can we expect double fun?) The film's cast looks scared in one poster while in the other they are all smiles and excited. With the posters, Ajay Devgn also revealed that the trailer of Golmaal Again, will be released tomorrow. Well, we already can't wait for it. Golmaal Again is another film of the Rohit Shetty directed Golmaal series with new members like Parineeti Chopra, Tabu and Neil Nitin Mukesh. Are you ready for 'logic nahin sirf magic' this Diwali?

Take a look at the fun-filled posters here:

Do you think the same?

Promoted
Listen to the latest songs, only on JioSaavn.com
Rohit Shetty returns as director for the fourth time and actors Ajay Devgn, Shreyas Talpade , Kunal Khemu, Arshad Warsi and Tusshar Kapoor are all set to resume their roles from the previous Golmaal films. Actor Arshad Warsi, who plays Madhav has promised new jokes in the fourth film. "Had they (their roles) been boring I would have been fed up. Here (Golmaal Again), there's no space to feel like that. This time too we have new jokes and skits," he told PTI.

A magical Diwali is already in store by Rohit Shetty and his team will be back again with the trailer of Golmaal Again tomorrow.