Parineeti Chopra, who will next feature in Golmaal Again with Ajay Devgn, re-posted a hilarious video featuring Ajay Devgn 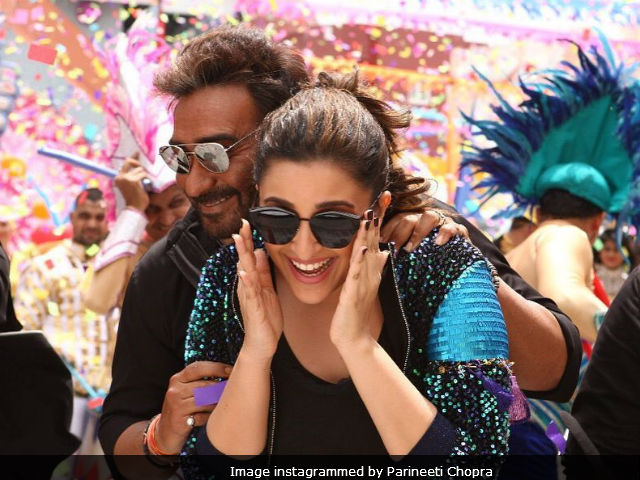 New Delhi: Actress Parineeti Chopra, who recently wrapped the shooting of Golmaal Again, re-posted a hilarious video featuring Ajay Devgn on Wednesday. The video shared by Parineeti is from the sets of Ajay Devgn's upcoming film Baadshaho. In the video, a crew member from Baadshaho can be seen mimicking Ajay Devgn. Ajay Devgn, who is seen sitting by his side, is in a jovial mood and seems to be enjoying the act. Parineeti Chopra and Ajay Devgn will share screen space in Rohit Shetty's Golmaal Again, which is the fourth installment in the Golmaal series. On the video, Parineeti wrote: "Hahahhaha amazing mimicry this is totally you." Have a look at the video and laugh a little:

Recently, the Ishaqzaade actress shared an adorable picture of herself with Ajay Devgn, on Instagram. The picture is from the sets of their upcoming film Golmaal Again. On the picture, Parineeti wrote: "Love this man. Love this picture."

Baadshaho, which also features Ajay Devgn, Ileana D'Cruz, Emraan Hashmi, Vidyut Jammwal, Esha Gupta and Sanjay Mishra, has been directed by Milan Luthria. The film is set against the backdrop of 1975 Emergency. The film is all set to release on September 1.
Comments
Parineeti ChopraAjay Devgngolmaal again