Giorgia Andriani was looking gorgeous in her party attire 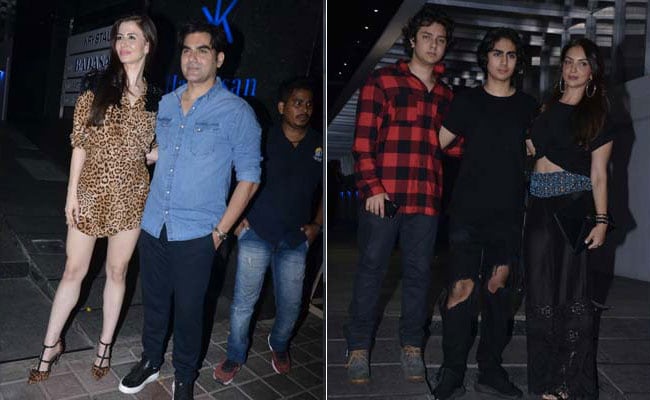 Giorgia Andriani celebrated her birthday with Arbaaz Khan at a posh Mumbai eatery on Monday evening and the pictures are going viral on the Internet. The two were spotted looking all loved up outside Hakkasan restaurant in the city. Giorgia Andriani was dressed in gorgeous party attire while Arbaaz was casually dressed in a denim shirt and black trousers. Giorgia's birthday bash was also attended by Arbaaz Khan's family including Salim Khan, Salma Khan and Helen. Arbaaz's brother Sohail Khan checked into the party along with his wife Seema Sachdev Khan. Arbaaz's sister Arpita Khan Sharma, husband Aayush and son Ahil were also among the guests.

Here are pictures of Arbaaz and Giorgia from the birthday party: 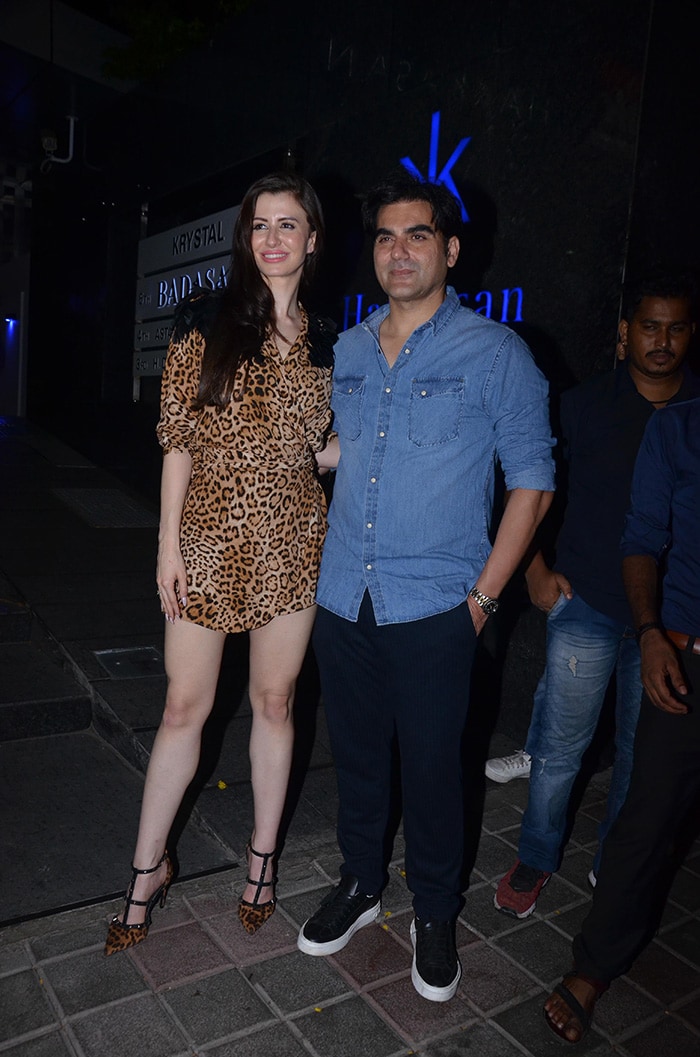 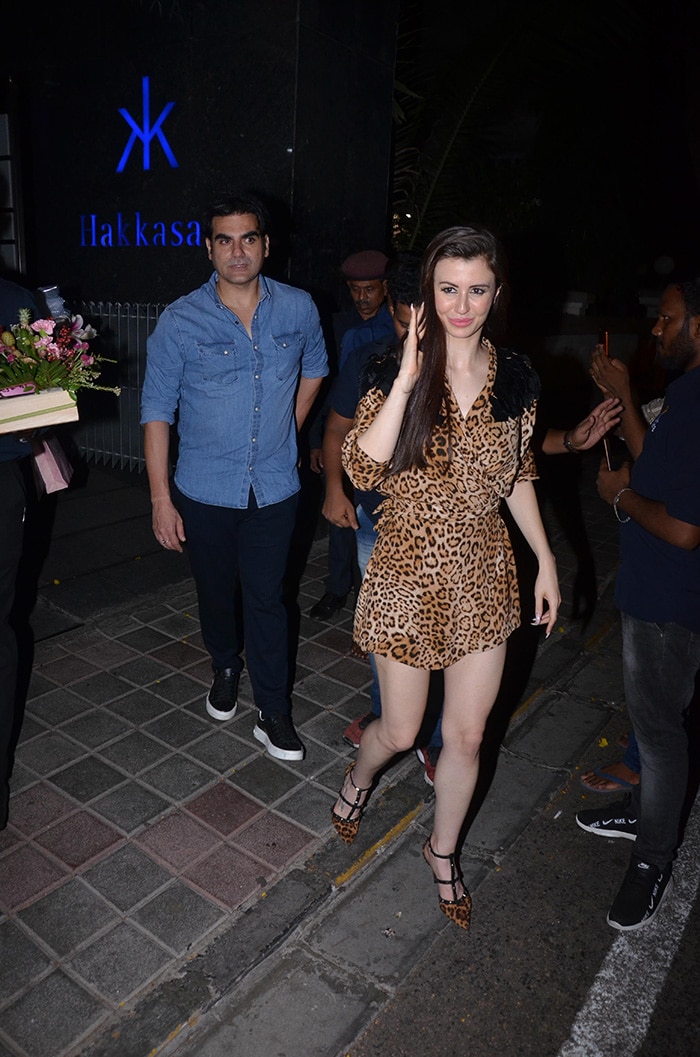 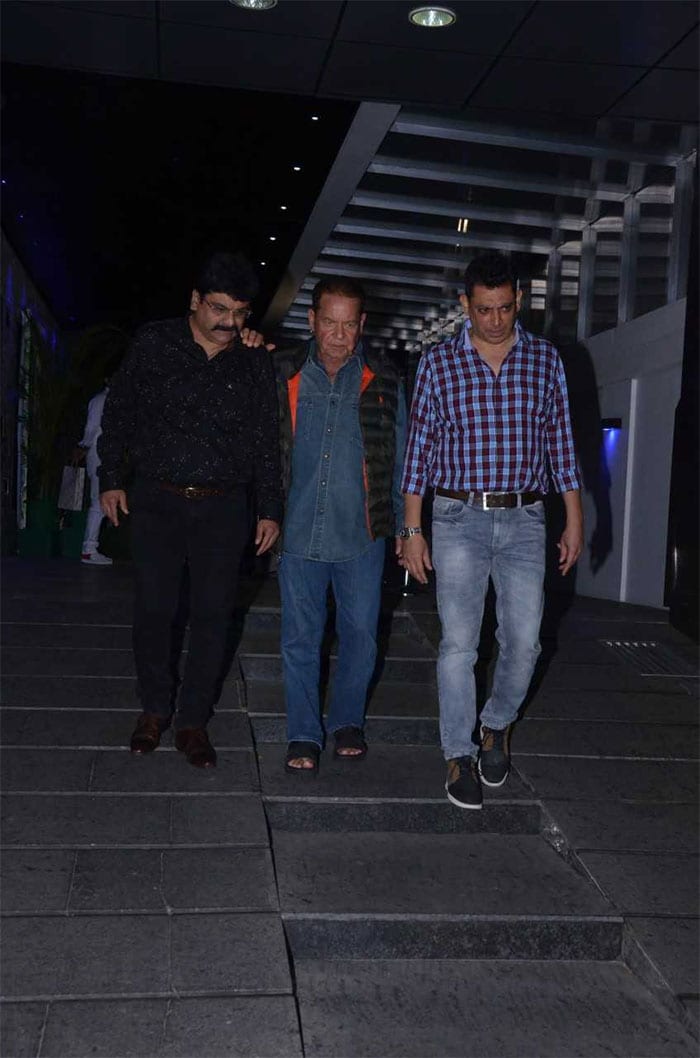 Arbaaz's sister Arpita Khan was all smiles as she posed happily with Aayush and Ahil. Actress Waluscha De'Sousa also attended the birthday party. 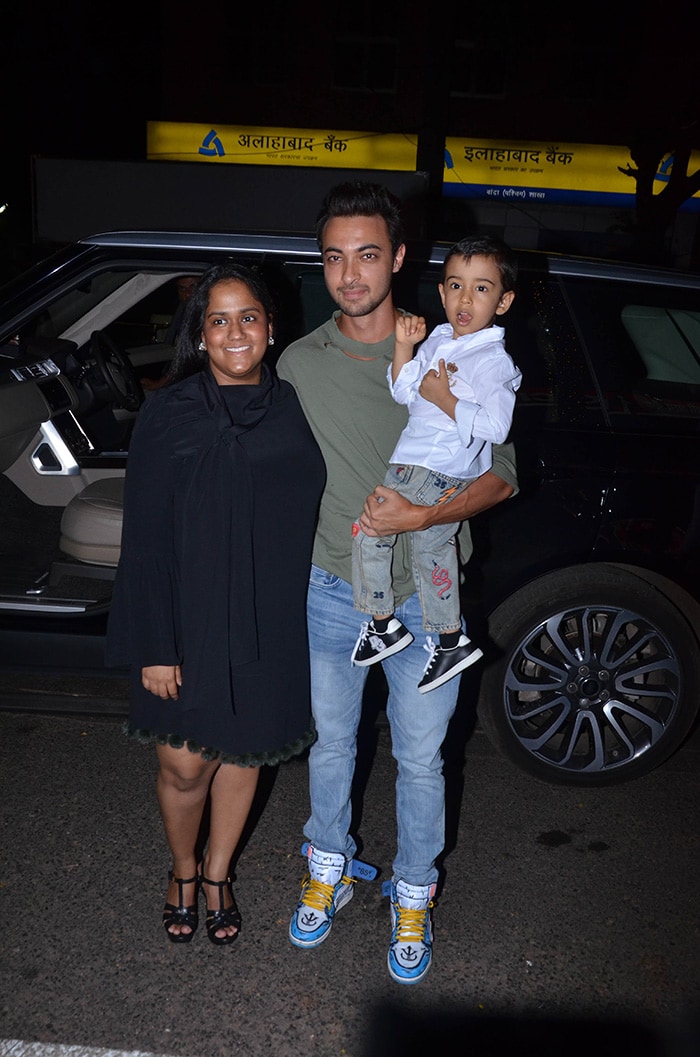 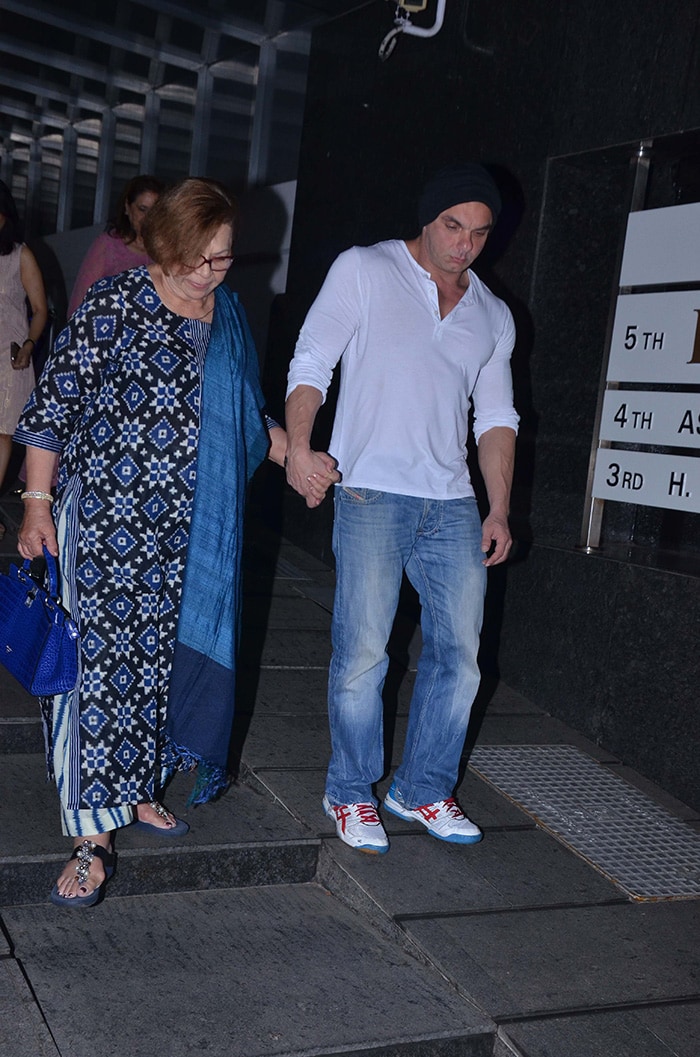 In October 2018, Arbaaz Khan confirmed that he is dating Giorgia Andriani. In an interview with ZoomTV, the actor said: "Yes, I am dating and I don't know where it's going to go, but people think they know." Arbaaz Khan also said that he's dated a few women after his divorce: "Post my divorce, I've had a few scenarios and equations with people, I've dated women and some look like they would go maybe a little longer than they did but they didn't happen and I don't want to rush about anything," he said in that interview.

Arbaaz Khan and Malaika Arora announced their separation in 2016 and got officially divorced in 2017.