Gangubai Kathiawadi Song Jab Saiyaan: Alia Bhatt Is The Queen Of Hearts - One Heart In Particular

Alia Bhatt "unfolds the cards of love" in Jab Saiyaan 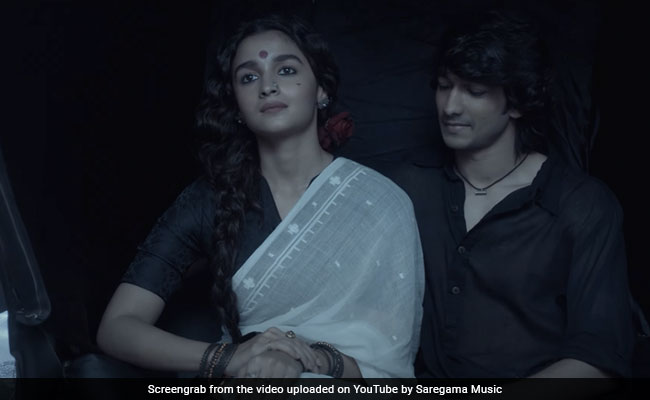 If the track Dholida is the heart of Sanjay Leela Bhansali's Gangubai Kathiawadi, Jab Saiyaan is definitely the soul of the film. The track released on Tuesday and it is all about love. The song showcases how Shantanu Maheshwari's character falls in love with Gangubai Kathiawadi (played by Alia Bhatt). Jab Saiyaan begins with a game of cards between Alia and Shantanu and ends with Gangubai becoming the queen of Shantanu's heart. The track has been beautifully sung by Shreya Ghoshal, composed by Sanjay Leela Bhansali and written by A M Turaz.

Check out the song Jab Saiyaan:

The song marks Shreya Ghoshal and Sanjay Leela Bhansali's reunion. They have previously worked together on tracks like Mohe Rang Do Laal, Pinga from Bajirao Mastani, Ghoomar from "Padmaavat" and Dola Re Dola from Devdas, to name a few. Shreya Ghoshal wrote this sharing the track: "From my debut to 20 years later, nothing makes me happier than singing a song for Sanjay Leela Bhansali Sir. I couldn't have asked for a better way to celebrate 20 years in the industry."

Gangubai Kathiawadi is slated to release in theatres on February 25. The film will also have its world premiere at the 72nd Berlin International Film Festival.