Dholida: Alia Bhatt's expressions in the song are simply brilliant 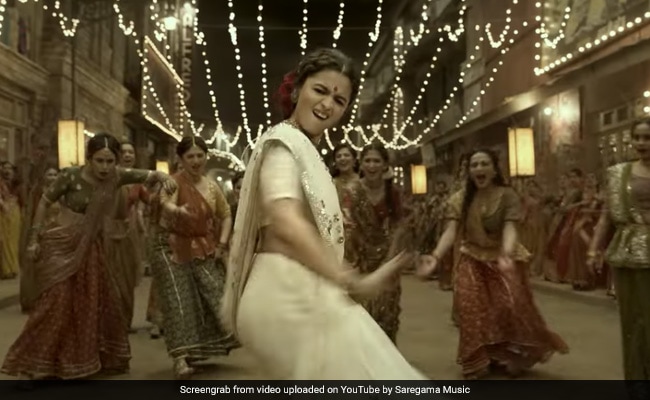 Every Sanjay Leela Bhansali film has one spectacular traffic-stopping song and dance sequence. In the upcoming Gangubai Kathiawadi, it is Dholida, released on Thursday. The song features Alia Bhatt aka Ganguabai dancing with all her heart. Alia Bhatt, dressed in a white ensemble, rules very second of the video with her priceless expressions and infectious energy. The long spins at the end of the video are definitely the highlight of the song. The song, a visual delight, has been composed by Sanjay Leela Bhansali, it has been beautifully sung by Janhvi Shrimankar and Shail Hada and the lyrics are by Kumaar.

Gangubai Kathiawadi showcases the journey of the real life woman, a sex worker in Mumbai's Kamathipura, who was pushed into prostitution at an early age.

The film is slated to release in theatres on February 25. The film will also have its world premiere at the 72nd Berlin International Film Festival, reported news agency PTI. Gangubai Kathiawadi is Alia's first project with Sanjay Leela Bhansali. The actress was supposed to work with the filmmaker in a film titled Inshallah, co-starring Salman Khan. However, the project got shelved.