The film will release on February 25 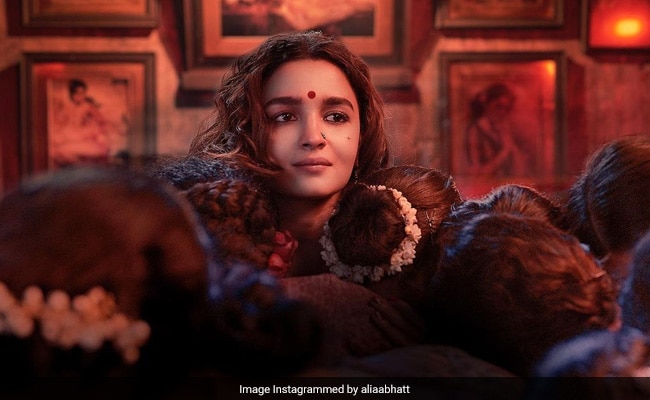 “Chand pe chaar chand laga diya aapke pyaar ne.” This is what Alia Bhatt has to say a day after the trailer of her much-awaited film Gangubai Kathiawadi was released. Alia has shared this thank you note along with a still from the movie, directed by Sanjay Leela Bhansali. To glam up the post, Alia has added a moon, folded hands and white heart emojis. The film will see Alia play the titular role. We must add that that fierce look is suiting Alia. The trailer traces the journey of Gangubai who was pushed into prostitution at an early age. And, then shows her rise as a head of a brother to a political figure in her area.

Alia Bhatt's latest post saw one of the first reactions coming from boyfriend Ranbir Kapoor's mother, veteran actress Neetu Kapoor. She has dropped a bunch of emojis for Alia.

And, we have the trailer too. Take a look:

Gangubai Kathiawadi also stars Ajay Devgn. He will be seen playing the role of mafia don Karim Lala. His first look poster was released a day before the trailer was released. “Apni pehchaan se chaar chaand lagane, aa rahe hai hum (I am coming to add to the glory with my identity). Trailer out tomorrow,” Ajay Devgn announced on social media.

Fans will also get to see Ajay Devgn and Alia Bhatt in RRR, directed by SS Rajamouli. Ram Charan and Jr NTR are part of the project.