Gangubai Kathiawadi Trailer: Behold The Glory Of Alia Bhatt As Matriarch Of Kamathipura 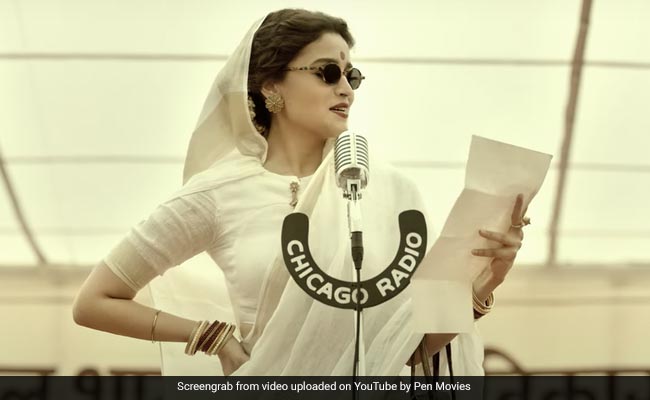 "In mardon ko kis baat ka guroor (what makes men feel superior)?" asks Alia Bhatt as Gangubai Kathiawadi in the trailer that released today. It's a line that pretty much sums up the glimpse of the Sanjay Leela Bhansali-directed film that has been made available - Alia Bhatt is woman on top, both in terms of performance and characterisation. Everyone else, men or otherwise, are vastly inferior. The trailer of the much-awaited Gangubai Kathiawadi showcases the journey of the real life woman, a sex worker in Mumbai's Kamathipura, who was pushed into prostitution at an early age. The film brings to life her rise from the ranks of Kamathipura to the head of a brothel and a political leader of the area. Her fight for the rights of sex workers and their families is full of resilience. Alia Bhatt as Gangubai is fierce and is fearless, regardless of obstacles that she faces through the course of her journey.

Ajay Devgn also appears in the trailer as mafia don Karim Lala, a man of notoriety and legend who played a key role in shaping Gangubai's journey (for better or worse). The film also features Vijay Raaz, Jim Sarbh and Seema Pahwa.

Check out the trailer of Gangubai Kathiawadi here:

Gangubai Kathiawadi is slated to release in theatres on February 25. The film will also have its world premiere at the 72nd Berlin International Film Festival, reported news agency PTI.

Doctor Strange In The Multiverse Of Madness Trailer: The X Factor Sends Twitter Into Tailspin