Gangubai Kathiawadi: Alia Bhatt's Film To Release In Cinemas On...

Gangubai Kathiawadi: The film has been directed by Sanjay Leela Bhansali 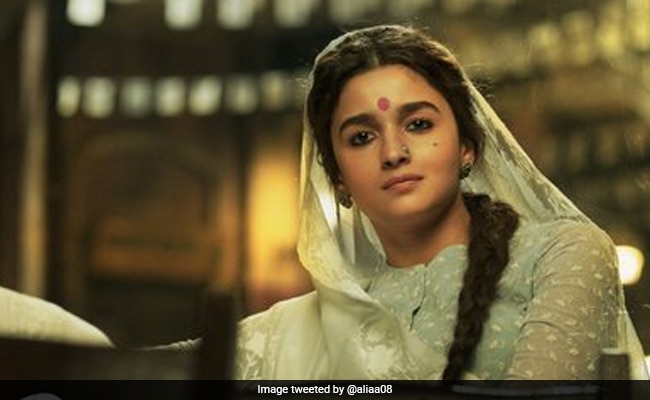 Alia Bhatt's much-awaited film Gangubai Kathiawadi got a new release date on Wednesday - the film will open in cinemas on July 30 this year. The film, directed by Sanjay Leela Bhansali, is based on the life of Gangubai Kathiawadi, who was a sex worker but later emerged as an underworld don in Mumbai. The project, which was supposed to release on September 11 last year, stars Alia Bhatt in the titular role. Announcing the new release date of Gangubai Kathiawadi on social media on Sanjay Leela Bhansali's birthday, Alia Bhatt shared a new poster of the film, in which she can be seen sporting a pastel green traditional outfit, a bindi with her hair styled in a side braid. "In cinemas July 30, 2021," the actress wrote in the caption of her post with a heart icon.

Gangubai Kathiawadi also features Ajay Devgn, who plays the role of a mobster. He eventually falls in love with Gangubai while teaching her the tricks of the trade. Alia and Ajay will also be seen together in SS Rajamouli's RRR.

A few days after that, some media reports stated that Alia Bhatt she was hurt on the sets of Gangubai Kathiawadi. However, the actress denied the reports and issued a clarification on social media, an excerpt of which read: "To all the articles out there saying that I have hurt myself on the sets of my film...Are not true... This is an old injury that has been acting up for a while and just gave way one day at home. No accident or anything... Please, please do clarify next time before printing long articles on what happened to me."