"Please do clarify next time before printing long articles on what happened to me," wrote Alia Bhatt 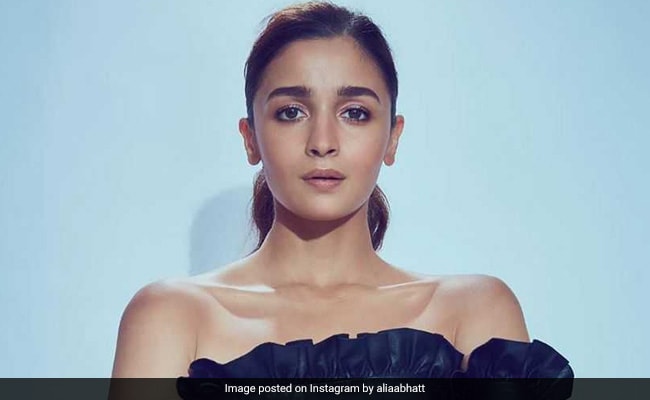 Alia Bhatt, in her recent Instagram story, clarified that she was not hurt during the shooting of her forthcoming film Gangubai Kathiawadi. The 26-year-old actress also slammed media reports that stated that she was hurt on the sets of the film and wrote: "To all the articles out there saying that I have hurt myself on the sets of my film...Are not true." Alia stated in her post that it was an "old injury" that resurfaced and that anybody spreading rumours should clarify it with her before publishing it and she added, "This is an old injury that has been acting up for a while and just gave way one day at home. No accident or anything... Please, please do clarify next time before printing long articles on what happened to me."

In her note, Alia revealed that she will be resuming the shooting of the Sanjay Leela Bhansali-directed film from Tuesday and thanked all the people who sent her 'get well soon' wishes. "Having said that, thanks to few days of complete rest and being horizontal and am resuming shoot from today. Thank you for all the get well soon messages as I have got well very, very soon," wrote Alia Bhatt. 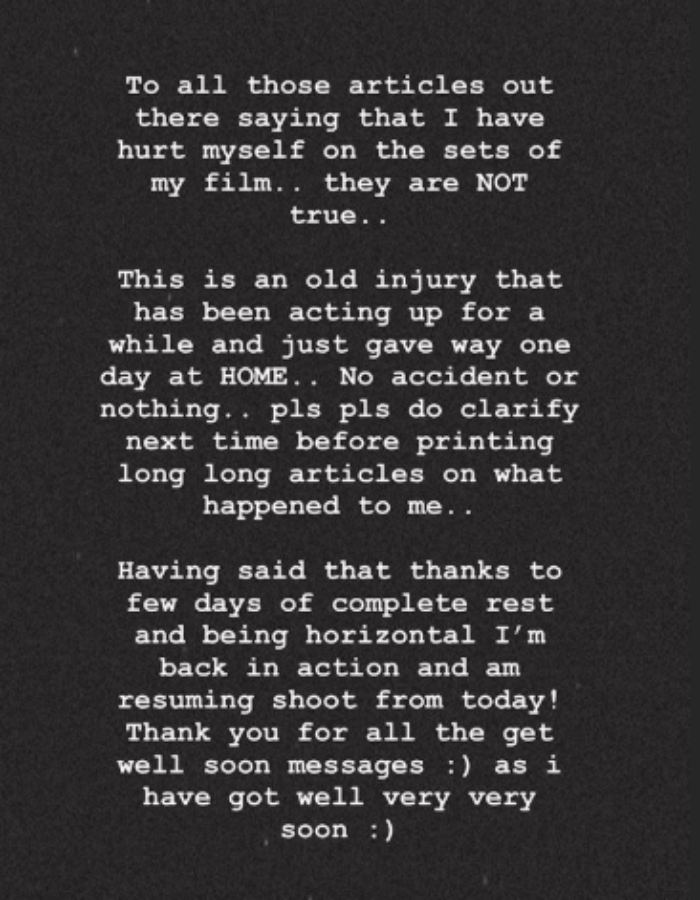 Last week, Alia Bhatt shared her looks from Gangubai Kathiawadi on social media. Take a look at the posts here: