"Ajay's role in Gangubai Kathiawadi is an extremely powerful and passionate one and will be remembered in cinema for the depth and romance in it," revealed a source 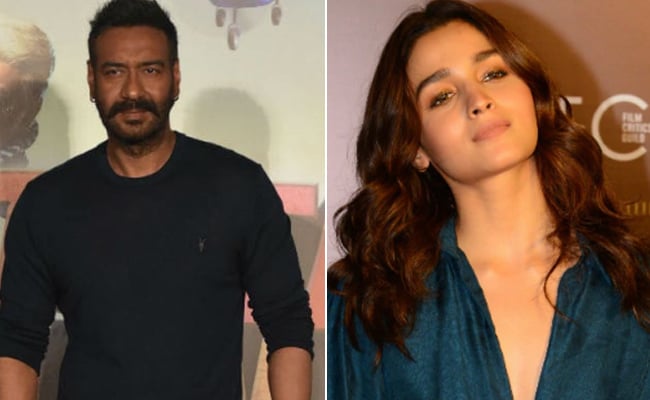 Actor Ajay Devgn reportedly joined the team of Sanjay Leela Bhansali's Gangubai Kathiawadi, which will feature Alia Bhatt in the lead role, stated a report in Bollywood Hungama. Ajay, who worked with the director 20 years ago in Hum Dil De Chuke Sanam, will officially announce his collaboration with the biopic by the first week of November, reported the publication. Talking about the film's development, a source revealed to the publication: "Ajay Devgn and Sanjay Leela Bhansali met at Anand Pandit's Diwali party last week and chatted for hours.

They caught up on a lot of stuff and that's when Sanjay Leela Bhansali invited him over to his office. Ajay dropped in a couple of days after that and they had meeting for more than a couple of hours."

"Sanjay Leela Bhansali offered him two scripts - a biopic and a fictional love story, which is said to be Baiju Bawra. In Baiju Bawra, the actor was offered the role of Tansen (a musical maestro). Ajay liked his role in Gangubai Kathiawadi as it's an intense character - a mobster with a golden heart, who teaches Gangubai the tricks of the trade and falls in love with her," added the source, stated Bollywood Hungama.

Earlier this month, Bhansali Productions announced the biopic and confirmed that Alia Bhatt will play the main role in it.

Gangubai Kathiawadi was a sex worker, who later emerged as an underworld don in Mumbai. The film is slated to release next September. "A name you've heard, a story you haven't. Directed by Sanjay Leela Bhansali starring Alia Bhatt in and as Gangubai Kathiawadi, Bhansali Productions and Pen Movies bring you this powerful story on September 11, 2020," announced Bhansali Productions on Twitter.

A name you've heard, a story you haven't.
Directed by #SanjayLeelaBhansali starring @aliaa08 in and as #GangubaiKathiawadi

Bhansali Productions and @PenMovies bring you this powerful story on 11th Sept, 2020!

All India distribution by #PenMarudhar@prerna982@jayantilalgada