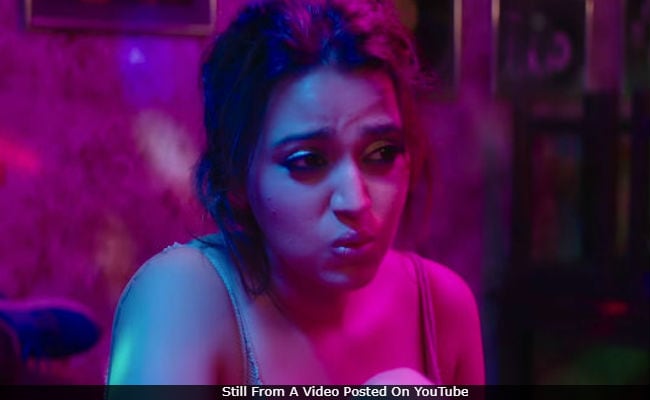 Veere Di Wedding, meaning Friend's Wedding in English, has caused a stir on social media for its portrayal of female sexuality -- a taboo subject in patriarchal, socially conservative India.

The Hindi-language movie has raked in $7.8 million in India since its June 1 release, according to Box Office India, and is in the top 10 in Britain, Australia and New Zealand.

The film, also starring Kareena Kapoor, Sonam Kapoor and Shikha Talsania and which was produced by a woman, centres on four female friends and their attitudes towards sex, love and marriage.

Many critics have praised the film as a powerful statement about female empowerment but others have accused it of having a shallow plotline.

Bhasker has received a flood of negative comments online -- including vicious personal attacks -- but has defended the film and her role in it.

"In a culture that largely silences or ignores or shames female sexuality showing a girl gratifying herself in a film in a non-judgemental way is empowering," Bhasker wrote in one tweet.

In another response she wrote: "It's okay to do something privately and not tell your parents about it. It's called discretion.

"Do you describe your morning shit to your parents when they ask you what you did when you woke up? #logic."

Bhasker has also received an outpouring of support from fans.

"I sometimes feel like giving Swara Bhasker a hug and a truck full of chocolate.

"She deserves to get a day off from uninformed people trying to pull her down for every word she says and every role she plays," wrote Twitter user Hannah Pillai.

Promoted
Listen to the latest songs, only on JioSaavn.com
Critics have likened the film to an Indian version of Sex and the City, the hit US television series that also portrays four friends as they navigate love and sex in New York.