For Once, Kareena Kapoor's Son Taimur Had No Smile For The Paparazzi. See Pics 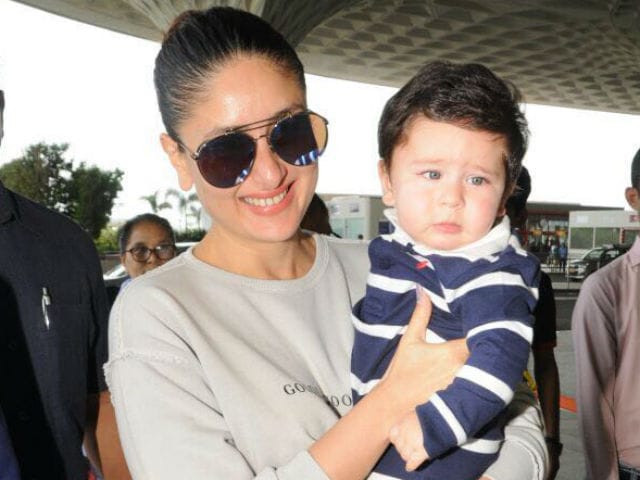 Kareena Kapoor Khan and Taimur at the airport

New Delhi: Actress Kareena Kapoor Khan and her eight-month-old son Taimur were spotted at Mumbai airport on Thursday afternoon. It seems Kareena and Taimur are flying to Delhi, where the actress will begin shooting for her upcoming film Veere Di Wedding. Kareena wore a grey t-shirt and blue jeans while cutie-pie Taimur was dressed in a white and blue stripped t-shirt and matching trousers. Taimur, whom we have always seen in a cheerful mood, seemed to be a bit upset with the cameras this time. Kareena couldn't help but smile at her son's reaction. (Baby Taimur, why so upset?) Taimur is Kareena's first child with actor, husband Saif Ali Khan. He was born in December 2016 in Mumbai. 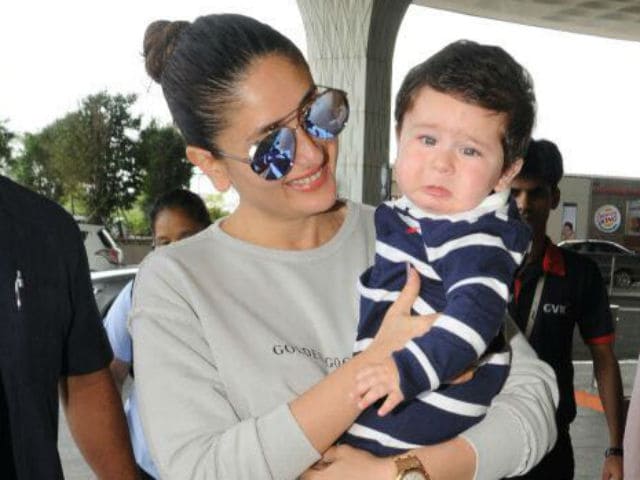 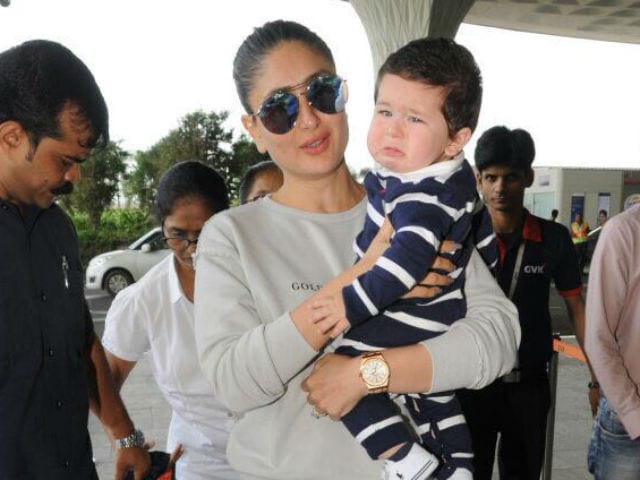 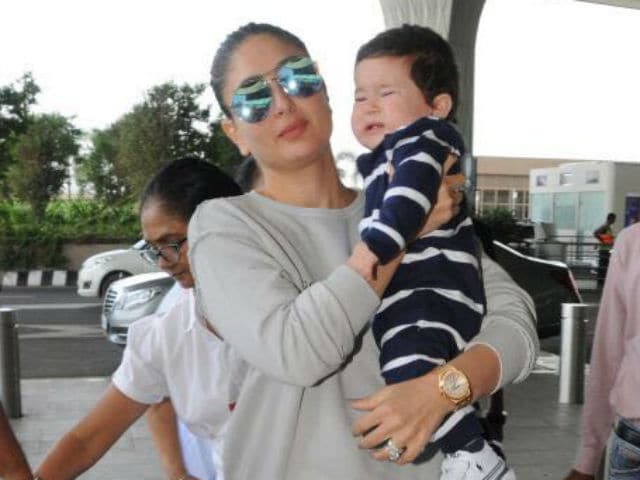 Taimur, Kareena and Saif returned from a Swiss vacation earlier this month. It was Taimur's first holiday abroad. 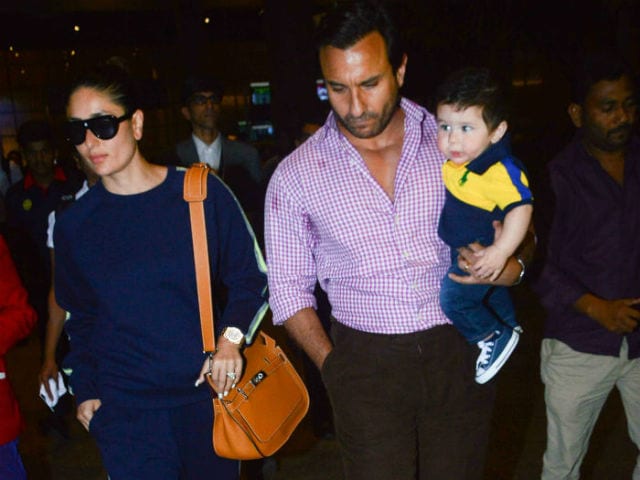 Kareena and Saif at the airport with Taimur

Going to be leaving for delhi today. So excited to start #VeereDiWedding@ReallySwara@ShikhaTalsania#kareena@RheaKapoor#shashankghosh

Promoted
Listen to the latest songs, only on JioSaavn.com
Veere Di Wedding is Kareena's first film post-pregnancy. Apart from Sonam, she co-stars with Swara Bhaskar, Shikha Talsania and Sumeet Vyas in the Shashanka Ghosh-directed film. Veere Di Wedding will be co-produced by Rhea Kapoor (Sonam's sister) and Ekta Kapoor.

Kareena Kapoor Khan, 36, married Saif Ali Khan, 47, in September 2012. The couple started dating on the sets of Tashan, which released in 2008. They have also co-starred in films like Omkara, Kurbaan and Agent Vinod. Saif's upcoming films are Chef and Kaalakaandi.
Comments
KareenaTaimur