For A Change, Malaika Arora Is Not Working Out But Twerking In The Gym

"Twerking my way into the weekend... wiggle, wiggle... let's see what you got," Malaika Arora wrote on Instagram 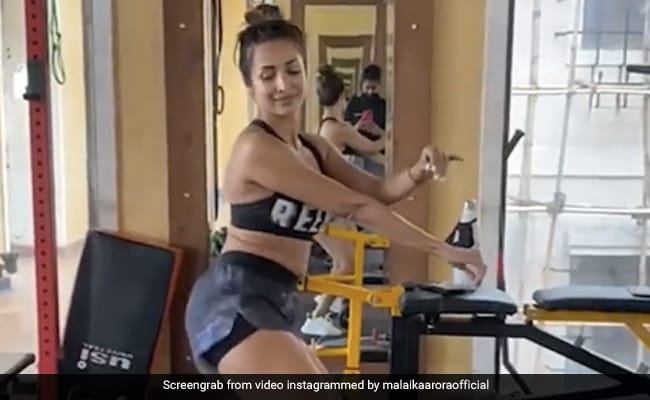 Malaika in a still from her Instagram video (courtesy malaikaaroraofficial )

Actress Malaika Arora has an impressive attendance at the gym and in a new Instagram post today, she revealed that her gym sessions are not all about work outs. Some twerking shwerking also happens when Malaika's in the mood for fun. Sharing an ROFL Instagram video, Malaika conveyed that she's all set for the weekend. In her TGIF post, Malaika Arora wrote: "Twerking my way into the weekend... wiggle, wiggle... let's see what you got. Share your videos." As her caption suggests, Malaika Arora, dressed in athleisure, can be seen twerking her heart out in the video, set to the perfect song - Jason Derulo and Snoop Dogg's Wiggle. Malaika Arora's cheerleaders included Huma Qureshi and Gabriella Demetriades, who dropped the fire emojis on her post.

Malaika Arora also apparently got late for something, as revealed by her friend Akansha Ranjan Kapoor in the comments section. "Is this why you were late?" she asked while Malaika replied with the LOL emojis.

Malaika also shared a glimpse of her work out session in an Instagram story. "Burn," she wrote. 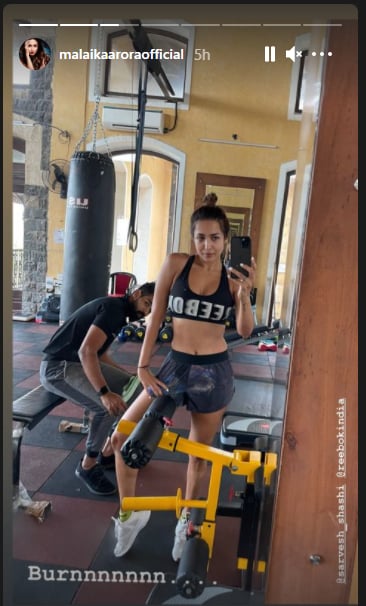 In terms of work, Malaika Arora featured as one of the judges in the dance reality show India's Best Dancer, alongside choreographers Terence Lewis, Nora Fatehi and Geeta Kapur. Malaika Arora is dating actor Arjun Kapoor and the couple often trend for their loves up posts on social media.