"The Black Lady is at home now," wrote Jaideep Ahlawat 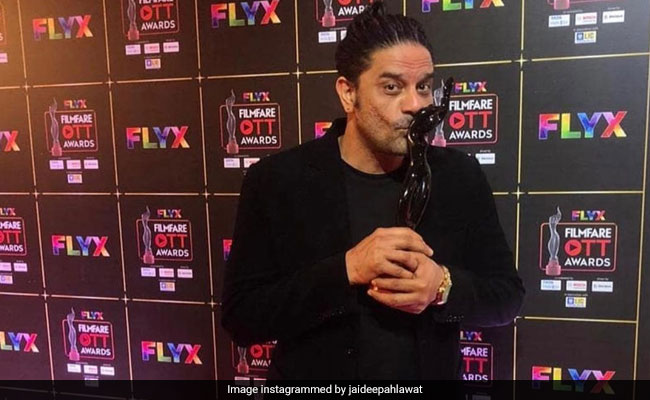 Jaideep Ahlawat's latest Instagram entry calls for congratulations. The actor, who won the award for the Best Actor in a Drama Series for his performance in Paatal Lok at the first edition of Filmfare OTT Awards, shared a few pictures of himself along with the trophy. He wrote in his caption: "'The Black Lady' is at home now. Thank you so much Filmfare for recognising this. I thank the entire team of Paatal Lok, without them it was impossible. Thank you so much to all of you for the love you have given to me and Haathi Ram (the name of Jaideep's character in the show) and Paatal Lok. I love you all." The comments section of Jaideep's post was filled up with congratulatory messages from fans. In his post, the actor also acknowledged the show's producers Anushka and Karnesh Sharma, along with the cast of Paatal Lok. He also thanked OTT platform Amazon Prime Video, on which the series streamed.

Meanwhile, Anushka Sharma, who produced the show, congratulated Jaideep Ahlawat for his big win on her Instagram story and she wrote: "The brilliant Jaideep Ahlawat." 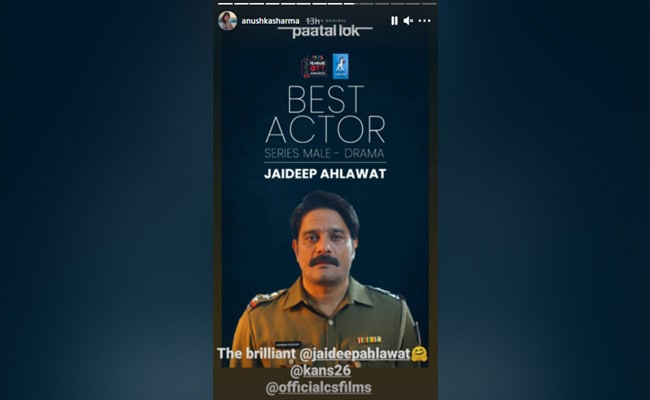 Paatal Lok won several awards at the first edition of Filmfare OTT Awards. Anushka Sharma shared a post on her Instagram profile and she wrote: "A prolific cast, a fantastic crew and the most innovative team of writers and creators. Proud to announce that Paatal Lok has bagged the Filmfare Award for Best Series. Other than that, Avinash Arun and Prosit Roy won the awards for Best Director for the series. Paatal Lok also won in the Best Original Story and Best Original Screenplay categories.

Pataal Lok, produced by Anushka Sharma and her brother Karnesh's production house Clean Slate Films, showcases the story of an investigative officer (Hathiram), who is on the lookout for four criminals behind a failed assassination attempt of a well-known journalist Sanjeev Mehra. The show comprising nine episodes, is an Amazon Prime original. The show which also stars Neeraj Kabi, Gul Panag, Swastika Mukherjee and Ishwak Singh, received stellar reviews.